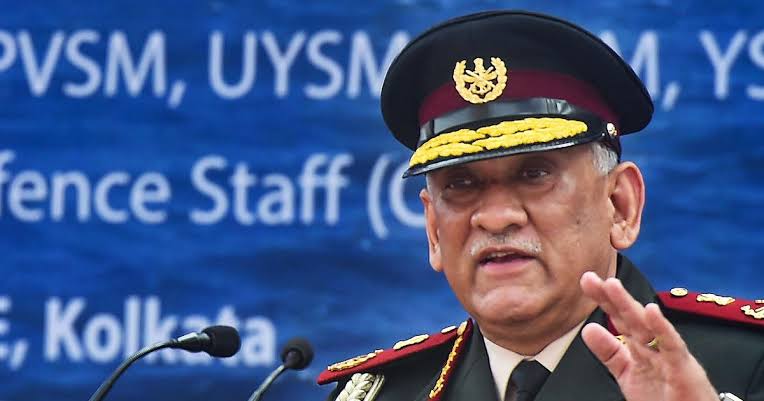 India was concerned about the possible overflow of terror activities from Afghanistan, the CDS said, adding that contingency plans have been made.

Chief of Defence Staff Gen. Bipin Rawat on Wednesday said India had anticipated the Taliban takeover of Afghanistan but the speed at which it happened was a surprise, The Print reported. Gen Rawat’s comments came as first official insight into how the government viewed the Afghan situation unravelling.

India was concerned about the possible overflow of terror activities from Afghanistan, the CDS said, adding that contingency plans have been made.

Speaking at a seminar organised by the Observer Research Foundation (ORF), Gen Rawat also spoke about the expanding Chinese naval and nuclear power but said India had the capability to take on the northern neighbour and Pakistan in conventional warfare.

Gen Rawat, elaborating how he views Taliban, said: “It is pretty much the same. It is the same Taliban that was there 20 years ago. News reports and expats who have come from there are telling us the kind of activity that the Taliban is into. All that happened now is that partners have changed”.

The CDS also noted that India was concerned that “terrorist activities from Afghanistan could overflow into India”.

“To that extent our contingency planning was ongoing and we were prepared for it,” he said.