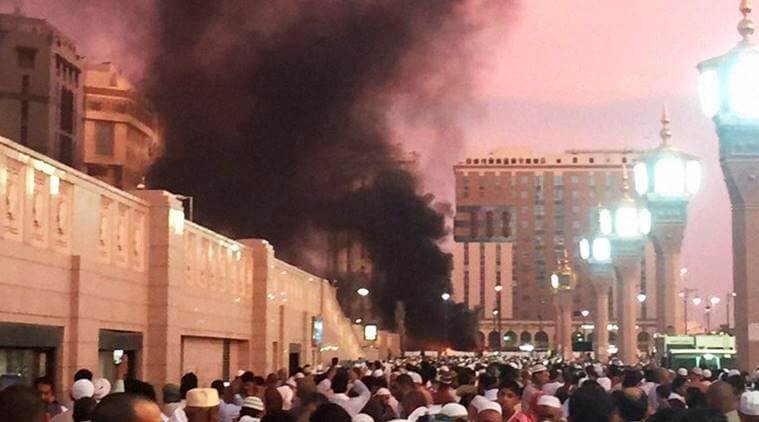 The Jeddah blast on July 4, 2016, which injured two security officers, was the first of three attacks to hit the kingdom that day.

The Jeddah blast on July 4, 2016, which injured two security officers, was the first of three attacks to hit the kingdom that day. The other two were also in the form of blasts near a Shia mosque in Qatif and outside the Masjid-i-Nabvi in Medina.

“Security men suspected a person while he was heading to the Prophet’s Mosque through a vacant lot of land used as a parking space for visitors’ cars. When they intercepted him, he blew himself by an explosive belt, which resulted in his death, the deaths of four security men, and the injury of five other security men,” the Saudi Press agency said. The Jeddah consulate was the scene of a militant attack in 2004, which left nine people dead.

Kagzi fled to Pakistan via Bangladesh in 2006 and shifted his base to Saudi Arabia to oversee the recruitment of Indian nationals to LeT. Sources say that it is possible that he took on a new name of Abdullah Qalzar Khan while in Pakistan.

Raghuram Rajan Reacts To Resignations At Ashoka University, Says “Founders Have Bartered Away Its Soul”

“Indian Rupee Has Performed Much Better”: Finance Minister On Rupee VS Dollar