Kamala Harris the current Vice-President of the United States Of America was not only the first woman but also the first African-American to serve in the office of Vice President.

With Boris Johnson bidding adieu as the Prime Minister Of The United Kingdom, Rishi Sunak seems to be emerging as the frontrunner in the race for the top constitutional post. Mr Sunak secured 137 votes in the last round of voting. Mr. Sunak, in the Boris Johnson government, was appointed as the chief secretary to the Treasury. He, however, resigned from the government after controversy over the partygate scandal, which eventually led to Boris Johnson’s ouster.

Mr Sunak’s wife Akshata Murthy is the daughter of Infosys founder Narayana Murthy and author and educator Sudha Murthy. There was a lot of controversy surrounding the wealth of his Parent-in-laws, to which Mr. Sunak had responded saying, “My father-in-law came from absolutely nothing and just had a dream and a couple of hundred pounds that my mother-in-law’s savings provided him,”. “And from that, he went to build one of the world’s largest, most-respected companies, that, by the way, employs thousands of people here in the United Kingdom.” If sworn in as Prime Minister Mr. Sunak will be the first ever ethnic minority prime minister.

Rishi Sunak becoming Britain’s Prime Minister is also special because of the colonial history which India shares with the United Kingdom.

However, this is not the first time an Indian-origin person has served as head of state or in any other constitutional post overseas. Let’s have a look at some of the Indian-origin leaders across the world. 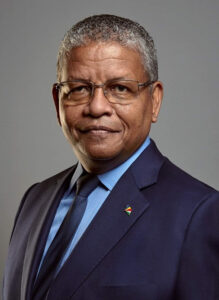 Seychelles’s 5th and incumbent President has his roots in India’s Bihar, he was from a middle-class background. His father worked as a tinsmith and his mother was a teacher. Ramkalawan was ordained as a priest in 1985. He worked in several parishes in Seychelles, rising to become priest-in-charge of the parish of The Holy Saviour. It was his work as a priest that led Ramkalawan to politics.

Through his pastoral work, he came into contact with many people who had been subject to repression and abuses and Civil liberties by the establishment. During that period, the  Catholic and Anglican churches were the only institutions that could express their views on social issues; they were allowed to address these issues in sermons during weekly services, which were broadcast on alternate Sundays.

In 1990, Mr. Ramkalawan preached a sermon, broadcast on the national radio station, in which he raised questions on the practices of the one-party-government and advocated for greater freedom, respect for human rights, and observance of the rule of law in the country. Although his broadcast was cut, Mr. Ramkalawan distributed copies of sermons criticizing the government. In 1991, while still a priest, he joined fellow dissidents Roger Mancienne and Jean Francois to form the underground Parti Seselwa. Mr. Ramkalawan became its first leader.

In the 2020 presidential election, Mr. Ramkalwan defeated incumbent president Danny Faure, he bagged 54.9% of the votes cast. It was the first election that witnessed a peaceful transfer of power in the country since its Independence in 1976. 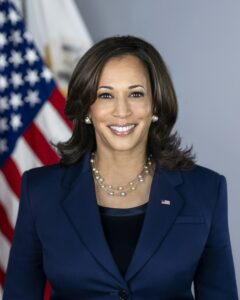 Kamala Harris the current Vice-President of the United States Of America, was not only the first woman but also the first African-American to serve in the office of Vice President. She also served as the attorney general,  the chief law officer of California from 2011-2017. Her mother Shyamala Gopalan was a breast cancer scientist, who moved to the US from India. 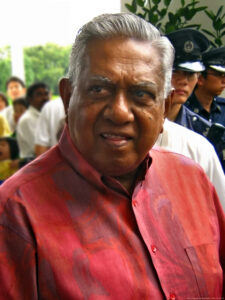 Sellapan Ramanathan also called SR Nathan served as the 6th President of Singapore from 1990-2011, which was the longest tenure by any President in the country. The Indian-origin politician served as the commander-in-chief of the Singapore Armed Forces. 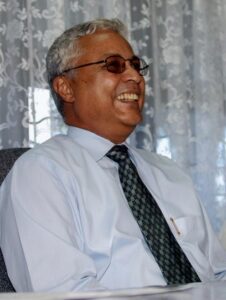 Mahendra Chaudhry served as Fiji’s Prime Minister from 19 May 1999 – 27 May 2000. He was a leader of the Fiji Labor Party. Following a historic election in which he triumphed against the long-time former leader, Sitiveni Rabuka, the former trade union leader, he went to become the country’s first-ever Indo-Fiji Prime Minister. Mr. Chaudhry has ancestral ties with the village of Bahu Jamalpur in Rohtak district, Haryana. 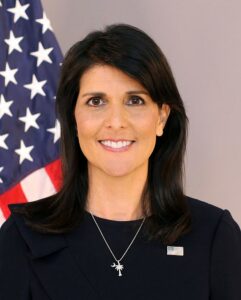 Nimrata Nikki Randhawa, served as the first woman to serve as governor of  South Carolina from 2011-2017. Randhawa’s parents were Indian immigrants who owned a small foreign goods store that turned out to be a huge success and eventually became a clothing and gift venture. Her husband Michael Haley,  served in the National Guard and was part of the Afghanistan War.

In 2010, Haley contested for governor of South Carolina, with the backing of the Tea Party moment notably Sarah Palin. Harley faced racial comments during the campaign, she was also accused of infidelity. However, against all odds, she successfully defeated candidates who were even more experienced than her in the primary and went on to win the general election. When she took office in 2011, she made history as the first woman and the first person of an ethnic minority to hold the governorship. During her first term, South Carolina’s economy grew steadily as the jobless rate fell. Haley effortlessly won reelection in 2014. 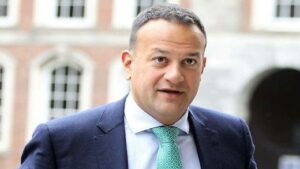