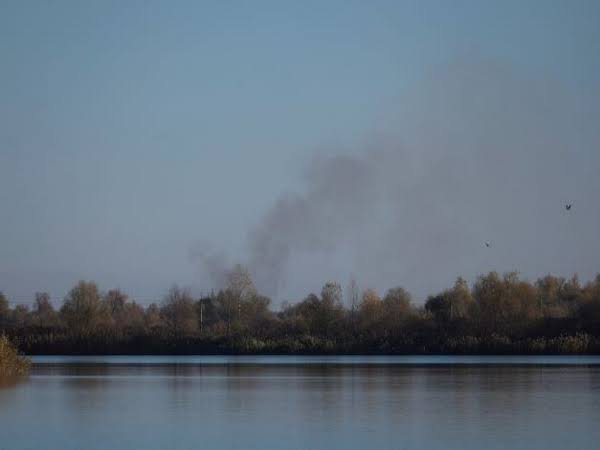 Kherson Oblast Governor Yaroslav Yanushevych said on November 27 that Russian forces shelled the region 54 times over the past day, killing one person and wounding two, including a child.
Yanushevych said Russia “purposefully” targeted civilian infrastructure and civilians, reported Kyiv Independent. “The Russians targeted private and apartment buildings, a shipyard, a building on the school grounds, and gas pipes,” Yanushevych said. “The enemy also shelled the following settlements in the district: Zelenivka, Chornobayivka, and Stepanivka,” added Yanushevych.
The report says that residential buildings, a garage, and an educational institution were hit in Kherson, while eight nearby villages came under fire. “(Russians) continue to use terror tactics,” the governor said on Telegram.
Russian attacks on Kherson Oblast have intensified since Ukraine liberated the regional capital and other areas on the west bank of the Dnipro River amid its months-long southern counteroffensive, reported Kyiv Independent.
Many residents who survived the Russian occupation are now evacuating their homes due to the ongoing danger of shelling.
Between November 20-25, a total of 15 people were killed in Russian shelling of the recently liberated regional capital, including a child, while 35 were wounded, according to Head of Kherson City Council Halyna Luhova.
The Ukrainian city of Kherson has faced multiple attacks for the second day in an escalation of shelling since Russia withdrew from the city two weeks ago following an eight-month occupation, reported Al Jazeera.
Ukrainian officials said Russia continued to bombard Kherson on Friday and that at least 10 people were killed in the previous day’s attacks.
As Kherson was picking up the pieces from the continuing shelling on Friday, Ukraine gradually restored power to millions of people left in the dark after devastating Russian air attacks, reported Al Jazeera.
The country’s four nuclear power plants were reconnected to the national grid after completely losing off-site power earlier this week, the International Atomic Energy Agency (IAEA) said on Friday.
The facilities were all disconnected from the power grid on Wednesday for the first time in Ukrainian history.
In a statement, the IAEA nuclear watchdog said Ukraine had informed it on Friday that its Rivne, South Ukraine and Khmelnytskyi plants had been reconnected. Ukraine reconnected its vast Zaporizhzhia plant on Thursday, Kyiv said earlier.

Developing economies must get ready to cope with possible turbulence: World Bank official