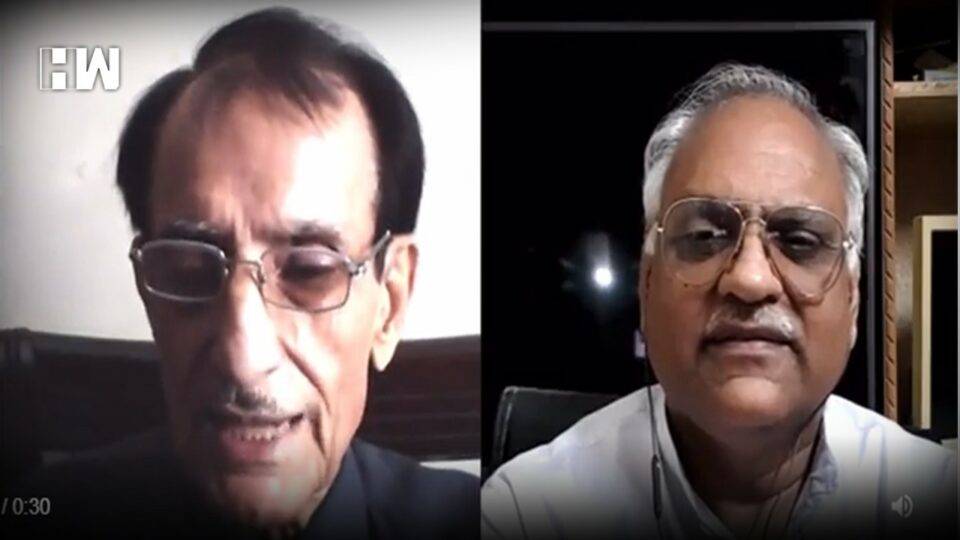 A brief controversy erupted over Former Vice President Hamid Ansari inviting Pakistani journalist, Nusrat Mirza, to conference in New Delhi on ‘Terrorism’ in the past. The BJP, came down heavily on Ansari and then Congress government, after the Pak journalist allegedly claimed that he provided information to ISI after his India visits. Hamid Ansari had to issue a clarification, refuting the allegations made against him.

Now a new video has surfaced of the same Pakistani journalist Nusrat Mirza, where he’s seen claiming that he was neither invited by then Vice President Hamid Ansari, nor did he met him in private.

“First of all, Hamid Ansari Sahab did not invite me. I’ve not had any private meeting with him. Just because there is Congress and Muslim-bashing, they are targeting Hamid Ansari.  Secondly, I have not spied on them. I visited so many places because I wanted to write a book on them,” Nusrat Mirza is seen telling in what appears to be an interview.

Why are so many people in India willingly misconstruing and lying about what Nusrat Mirza said, to attack former Vice President Hamid Ansari? When Mirza himself says he was never invited nor met him privately.
The lengths many are willing to go to is quite telling. pic.twitter.com/scJ66QaYvj

Earlier, Hamid Ansari had issued a statement saying the allegations against him are a “litany of falsehood” unleashed on him by sections of the media and the official spokesperson of the BJP.

Referring to allegations that he, as Vice-President of India, had invited the Pakistani journalist, Nusrat Mirza, to conference in New Delhi on ‘Terrorism’, Mr Ansari said: “It is a known fact that invitation to foreign dignitaries by the Vice-President of India are on the advice of the Government generally through the Ministry of External Affairs.”

“I had inaugurated the Conference on Terrorism, on December 11, 2010, the ‘International Conference of Jurists on International Terrorism and Human Rights’. As is the normal practice the list of invitees would have been drawn by the organisers. I never invited him or met him,” Mr Ansari added.