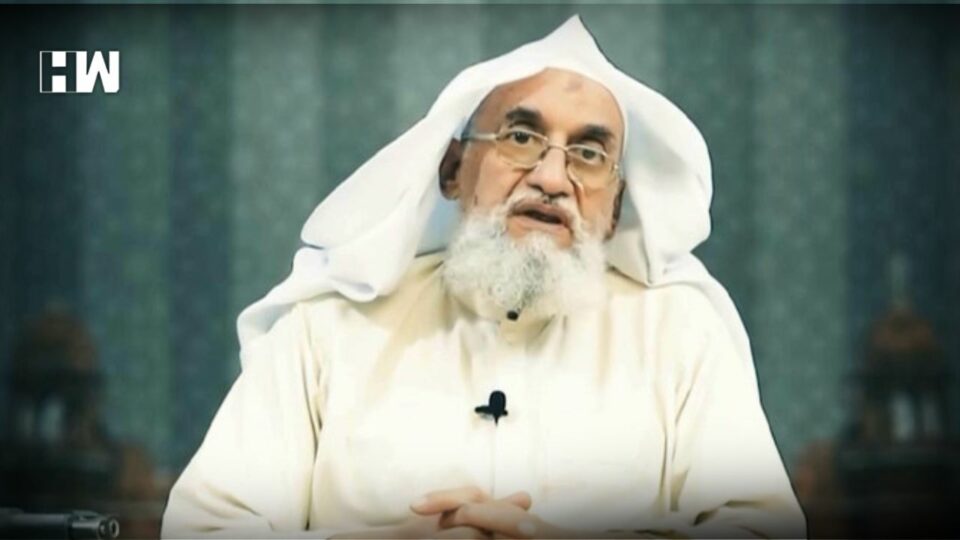 Ayman al-Zawahiri’s inclination began with political Islam while he was still in school. He was arrested at the age of 15 for being a member of the banned Muslim Brotherhood which is Egypt’s oldest and largest Islamist Organisation.

Al Qaeda chief and mastermind of the 9/11 attacks  Ayman al-Zawahiri, who has been killed in a drone strike by the United States of America in Kabul, was often referred to as the Chief ideologue of al-Qaeda.

Ayman al-Zawahiri was born on June 19, 1951, in the Capital of Egypt of Cairo, He belonged to a respectable middle-class family of doctors and scholars. Ayman al-Zawahiri’s grandfather, Rabia al-Zawahiri was the grand imam of al-Azhar, the center for Sunni Islamic learning in the Middle East. On the other hand, one of his uncles served as the first Secretary General of the Arab league.

Ayman al-Zawahiri’s inclination began with political Islam while he was still in school. He was arrested at the age of 15 for being a member of the banned Muslim Brotherhood which is Egypt’s oldest and largest Islamist Organisation.

Zawahiri’s political activities did not stop him from pursuing medicine studies at Cairo University’s Medical School. He graduated from there in 1974 and received a master’s Degree in surgery four years later.

Zawahiri’s father Mohammed, who died in 1995, was a Pharmacology Professor at the same school. Ayman al-Zawahiri maintained the family tradition by building up a medical clinic in a suburb of Cairo, however, he soon became attracted to the radical Islamist Groups which were calling for the overthrow of the Egyptian Government. Ayman al-Zawahiri joined Egyptian Islamic Jihad which was formed in 1973.

In 1981, Ayman al-Zawahiri was rounded up along with hundreds of other suspected members of the organization after several members of the group dressed as soldiers assassinated President Anwar Sadat. He had upset Islamist Activists by signing a peace deal with Israel.

Although Ayman al-Zawahiri was cleared of the involvement in Sadat’s assassination, he was convicted of the illegal possession of arms and served a three-year sentence.

After his release in 1985, Zawahiri left for Saudi Arabia. Afterward, he was headed for Peshawar in Pakistan and later to the neighboring Afghanistan where he established a faction of Egyptian Islamic Jihad while working as a doctor in the country during the Soviet Occupation.

Ayman al-Zawahiri took over the leadership of the Egyptian Islamic Jihad after it re-emerged in 1993. He was a key figure behind a series of attacks by the outfit on the Egyptian government ministers, including the PM.

The radical organizations’ efforts to topple the government and set up an Islamic State in the country during the mid-1990s led to the deaths of around 1,200 Egyptians.

In 1997, the US State Department named him the leader of the Vanguards of Conquest group. After two years, Ayman al-Zawahiri was sentenced to death in absentia by an Egyptian Military court for his involvement in the group’s many attacks.

Al Qaeda chief Ayman al-Zawahiri was killed in a drone strike by the US Government in the Capital of Afghanistan, Kabul.

US President Joe Biden, in his address, said that he hoped Zawahiri’s death will bring closure to families of the 3,000 people killed in the United States on 9/11. The Potus further said that there were no casualties in the operation that was conducted over the weekend.

According to US officials, Ayman al-Zawahiri was on the balcony of his Kabul residence when he was targeted with two Hellfire missiles on July 31, 2022. The apparent photographs of the building show windows blown out on one floor, however, the rest of the building appeared completely intact.