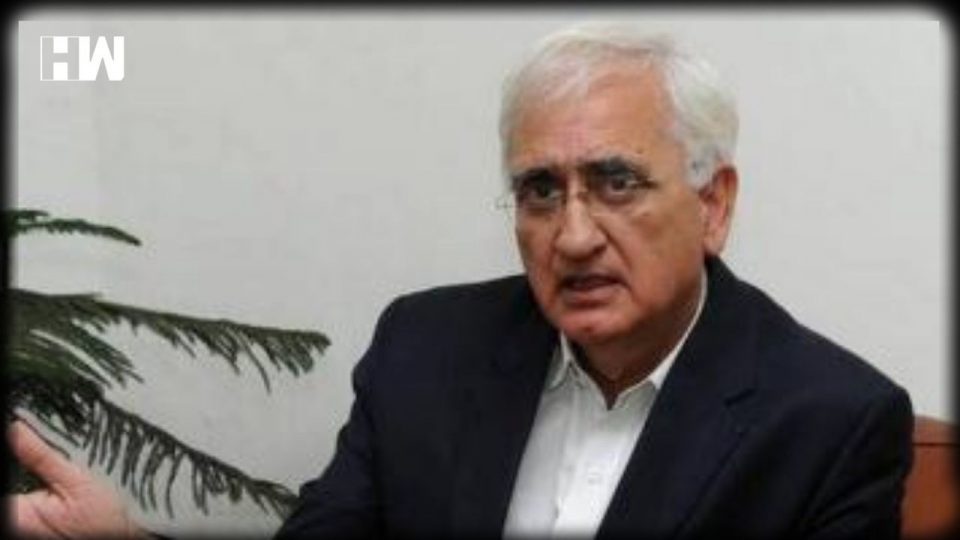 New Delhi: A complaint has been filed against Congress leader Salman Khurshid in Delhi. His book released on Wednesday had created a political turmoil.

He is accused of trying to defame Hindutva by comparing it to terrorism. This complaint has been lodged against the remarks in Khurshid’s book Sunrise over Ayodhya. A Delhi lawyer named Vivek Garg has complained to the Delhi Police Commissioner and requested to register a case.

Comparing Hindutva with terrorist organisations like ISIS and Boko Haram in the book, Salman Khurshid said that Hindutva is setting aside the Sanatan and ancient Hinduism of saints, which is in every way like ISIS and jihadi Islamic organizations like Boko Haram.

When asked the reason for this, Salman said, “Hinduism is a religion of a very high level. There can be no more inspiration than the inspiration given by Gandhiji for this. If someone gets a new label, why should I believe it? I will speak even if someone insults Hindu religion. I said that those who do politics of Hindutva are wrong and ISIS is also wrong.”

At the same time, regarding the Supreme Court’s decision and his book, Salman Khurshid said, “There was a situation of division in the society regarding the Ayodhya dispute. The Supreme Court found its solution. The court’s decision has tried to look very far. It is such a decision so that it does not feel that we lose, you win.” Pointing towards the BJP government, he said, “It is not announced that “we have won” but sometimes such indications are given. There should be an effort to connect everyone. At present, in the festival of Ayodhya, it seems that it is a celebration of only one party.

Salman Khurshid in his book has written, “Of course, the supporters of Hindutva will see this as a due recognition of their pride in history. Life is full of flaws, including the context of justice, but we need to adjust to it to move forward.”

This book is an attempt to see hope in a prudent decision, even if some may feel that the decision was not entirely fair.” Talking on the book, Salman Khurshid said that if unity comes in the society, I will believe that the decision to write the book was successful.

Speaking about the impact of Hindutva politics in the country, Salman Khurshid writes, “In my own party, the Congress, the discussion often turns to this issue. There is a section in the Congress who regrets that our image is a minority supporter’s party. This stand certainly ignored the part of the Supreme Court order which had directed to give land for the mosque as well.”

When Salman Khurshid was questioned about this, he did not tell which leaders he is targeting, but said that some leaders must have said this out of their understanding and personal belief. We should say what Rahul Gandhi says, not what some people have said.

Heavy Rains Expected In Odisha, Andhra From Tuesday Along With Asani Cyclone