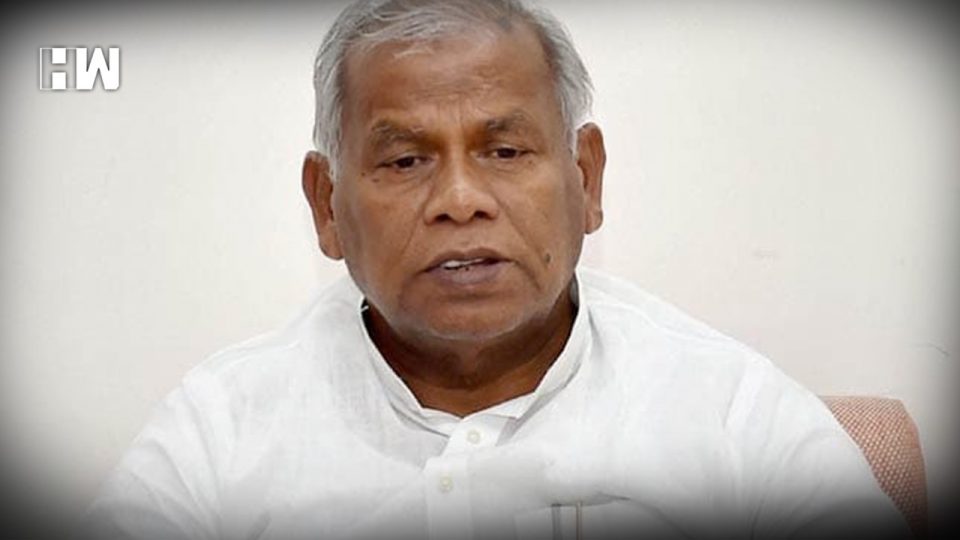 Jharkhand : After the death of a Bihari laborer in the terrorist attack in Jammu and Kashmir, the politics has heated up. While Rashtriya Janata Dal leader Tejashwi Yadav has blamed the Nitish government for this incident, former Bihar Chief Minister Jitan Ram Manjhi made a different demand from PM Modi and Union Home Minister Amit Shah for the end of such terror in Kashmir.

Jitan Ram Manjhi tweeted, “Our unarmed Bihari brothers are being killed continuously in Kashmir due to which the mind is upset. If the situation is not able to change, then Prime Minister Modi and Home Minister Amit Shah are requested to leave the responsibility of improving Kashmir on the Biharis, if they do not improve in 15 days, then ask us.

Let us tell you that in Jammu and Kashmir, the terrorists, who were agitated by the killing of their partner, are targeting non-Kashmiris one after the other. On Sunday, in Kulgam district of South Kashmir, terrorists killed two laborers living in Bihar. The deceased have been identified as Raja and Joginder, both residents of Bihar.

Non-Kashmiris are on the target hit-list of terrorists at J&K. Fearing for life migrants leave Kashmir area. The migrant workers of the state are in panic after the continuous terrorist attacks on non-Kashmiri people. There is a competition among migrant laborers to leave Kashmir. On Monday too, a group of migrant workers left from Srinagar following the recent incidents of target killings of non-Kashmiris by terrorists.

As many as 11 civilians belonging to Bihar have been allegedly killed by terrorists. With the killing of migrant workers and local residents in Kashmir continuing unabated, non-locals have started migrating out of the Valley, fearing for their lives. Meanwhile, several non-local labourers have been shifted to secure locations by authorities in various districts.

A migrant from Rajasthan said, “The situation is getting very bad here. We are scared, we have children with us and hence are going back to our hometowns.”

Since first week of October terrorists are killing non-Kashmiris. The horrifying situation has led to people leaving Kashmir valley and moving at Jammu. People from different regions of India staying at Kashmir as migrants have now started to board trains and are moving back to their home towns. Mostly these migrants are from UP and Bihar.