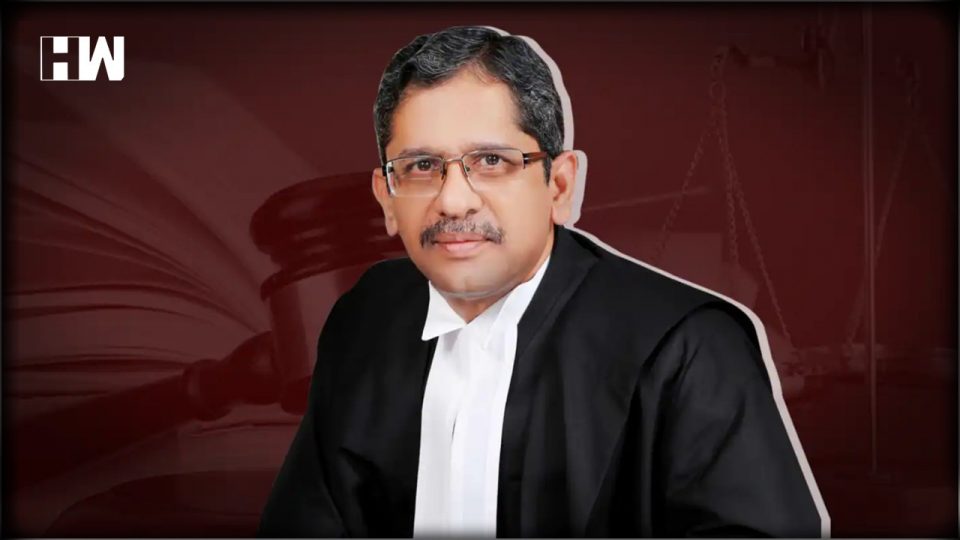 Comments by the CJI come amid the centre’s criticism that the Parliament is rushing through bills without sufficient debates and scrutiny by select committees.

While expressing his unhappiness over the lack of debates in Parliament while laws are being enacted these days, Chief Justice of India NV Ramana today said that earlier there used to be “wise and constructive” debates in the Parliament, which helped the Courts to understand the object and intent of the laws. The CJI cited the example of the Parliamentary debate during the enactment of the Industrial Disputes Act, where a member from Tamil Nadu, Mr.Ramamoorthy belonging to CPI(M), had discussed it elaborately, Live Law reported.

“I still remember the debate which took place during the introduction of the Industrial Disputes Act, wherein a member from Tamil Nadu, Mr. Ramamoorthy, a CPM leader, had discussed it elaborately, its consequences, and how it affected the working class. Same way different different legilsations used to be deliberated. So the burden of the Courts while interpreting or implementing the laws used to be less as we had a clear picture as what was the purpose behind the making of a particular law and what the legislature thought while making the law”, CJI Ramana said, while speaking at the event organized by the Supreme Court Bar Association to celebrate 75th Independence Day.

However, the CJI lamented that there was a “sorry state of affairs” as laws are passed without sufficient debates.

“But now, it is a SORRY STATE OF AFFAIRS. We see legislations with a lot of ambiguities…. and a lot of gaps in laws. There is no clarity regarding the laws. We don’t know for what purpose, a law has been made… this creates a lot of litigation and inconvenience and loss to the Government and public.”

“This is what happens when intellectuals and lawyers are not there in our houses. I don’t want to say more than this, but it is time for the legal community to lead, to participate in social and public life,” Justice Ramana said.

Comments by the CJI come amid the centre’s criticism that the Parliament is rushing through bills without sufficient debates and scrutiny by select committees.

Elaborating on the same, he asked Lawyers to not confine themselves to the profession, earning money, and living comfortably.

“Please think over it…we should actively participate in public life, do some good service and I hope goodness will come to the country,” said the CJI.

Heavy Fog In Delhi To Prevail, In Pune Minimum Temperature Drops To 14 Degrees

UP Horror: Over 2000 Dead Bodies Found Within 1140 Kilometers On Bank Of Ganga River, Says Report