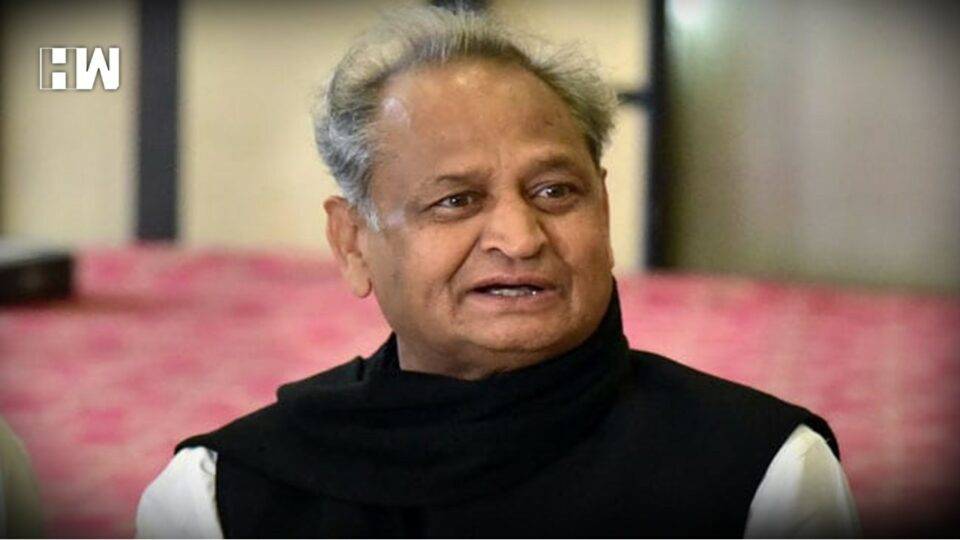 Rajasthan Chief Minister Ashok Gehlot on Friday, demanded the Old Pension Scheme (OPS), which is already implemented in Rajasthan, should be implemented across the country.
Addressing the state-level teacher’s conference of Rajasthan Shikshak Sangh in Jaipur, Gehlot alleged that Bharatiya Janata Party (BJP) is “against” the Old Pension Scheme. “I don’t have doubt in claiming that BJP is against the ‘Old pension Scheme’. I had also raised the issue with the Prime Minister. The scheme is already in place in states like Punjab and Jharkhand, but one day or the other it will have to be implemented all across the country,” he said.
Gehlot also said that today’s history is “misinterpreted” to somehow convince that there were big differences between leaders like Subash Chandra Bose and Jawaharlal Nehru.
“Today much debate revolves around the difference of opinions between Subhash Chandra Bose and Pandit Nehru. People should know that in Subash Chandra Bose’s army, there was ‘Nehru Brigade’. Today, history is being misinterpreted. Whether it is Mahatma Gandhi, Pandit Nehru, Subhash Chandra Bose, or Baba Saheb Ambedkar, they all were legendary figures. They used to have differences, but they used to reach the decision based on discussions,” he said.
Gehlot said he manages to find money for development schemes.
“We have presented a marvelous budget in the state. The Leader of Opposition Gulab Singh Kataria was asking me about where will the money come from. I told him, I am a ‘magician’ and will arrange everything through smart fiscal management. I have even told my MLAs that you will get tired of asking for money, but I won’t be tired while giving it.”
Several other ministers were present at the event.
Under the Old Pension Scheme, a government employee is entitled to a monthly pension after retirement. The monthly pension is typically half of the last drawn salary of the person.
The old pension scheme was discontinued in December 2003, and the new pension scheme, which is contributory, came into effect on April 1, 2004.

Police officers having minimum of 6 months tenure left should be considered for DGP post: SC