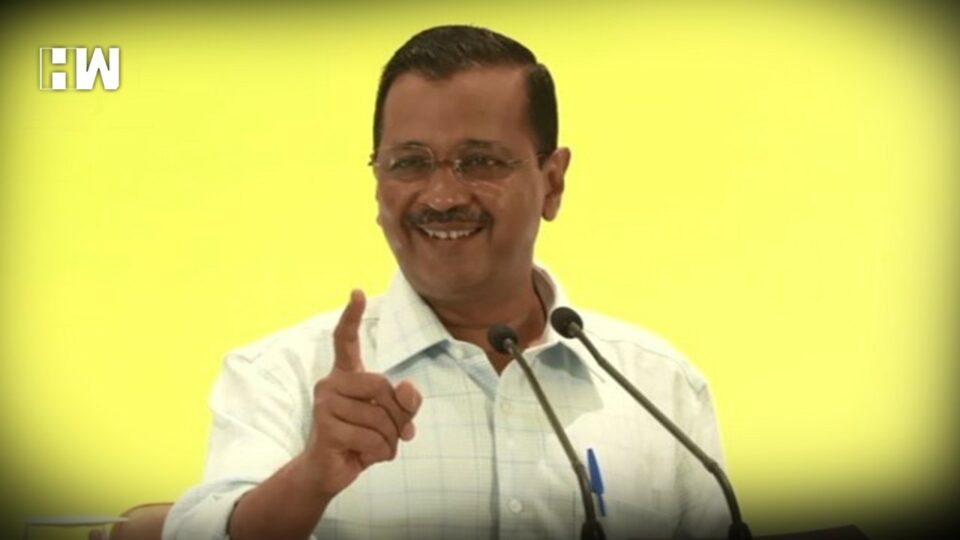 Delhi Chief Minister and Aam Aadmi Party (AAP) national convenor Arvind Kejriwal on Monday claimed that the party’s chief ministerial face Isudan Gadhvi, state unit chief Gopal Italia and leader Alpesh Kathiria were on course to win their seats by huge margins in the upcoming Assembly elections.
The Delhi CM also gave in writing his predictions of Gadhvi, Italia and Surat leader Kathiria winning their seats by handsome margins. Addressing a press conference at Surat, considered a hub for traders, in poll-bound Gujarat on Monday, the AAP supremo said, “Yesterday, we had a meeting with textile businessmen. Today, we will be holding a meeting with diamond traders in Surat.”
“A common grouse whicgh came out during the meeting is that businessmen (in Surat) are being threatened, abused and treated badly. I want to assure them that if we come to power, they will be able to do their businesses without fear and will also get the respect that they derserve,” the Delhi CM said.
He also urged the youth and women in the state to not just vote for AAP but also ask their family members to vote for his party in the Assembly polls, which are to be held in two phases on December 1 and 5.
“We are the first political party which has promised to reduce inflation. We won’t allow private schools to raise fees and provide quality healthcare at free of cost. We will also create jobs for the youth while providing Rs 3,000 per month in unemployment benefits to the jobless,” the APP national convenor promised.
“Exams will be conducted minus any paper leaks and old culprits (behind paper leaks) will be jailed for 10 years,” Kejriwal further claimed.
Gujarat has been a BJP stronghold for long and the party has set its sights on returning to power for the seventh term.
In the 2017 Assembly polls, the BJP won 99 of the total 182 seats. The party has been in power in the state for the last 27 years.
However, it faces a stiff electoral challenge from the AAP, which is eyeing a big electoral footprint in the state after storming to power in Punjab.
The Congress also hopes to put its best electoral foot forward to unseat the BJP.
The counting of votes of votes for Gujarat will take place on December 8.