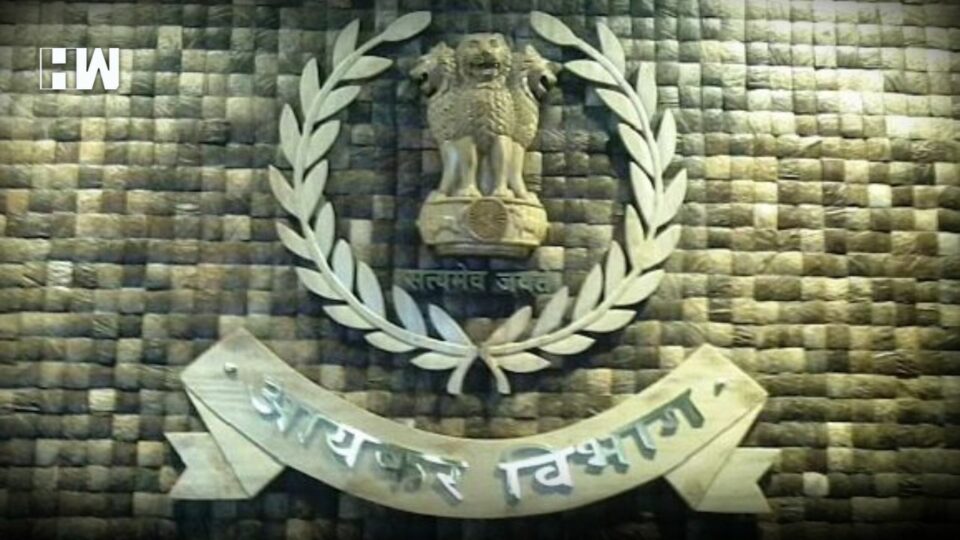 The IT raids are underway in multiple cities in over half a dozen States. These political parties were involved in serious financial impropriety by receiving donations without due statutory compliances, according to sources.

New Delhi: The Income Tax Department is conducting raids on political parties across the country on Wednesday.

According to sources, the raids are going on in multiple cities in more than half a dozen states. These political parties were allegedly involved in serious financial impropriety by receiving donations without due statutory compliances. Sources told ANI that the search started on Wednesday morning and going on across India.

Sixty-six RUPPs have claimed Rs 385 crore exemptions in 2019-20. As per rule, these RUPPs
have not submitted contribution reports to ECI in Form 24A as mandated under section 29C of the Act. A few RUPPs have claimed income tax exemption even to the tune of Rs 100 to 150 crores each without complying with statutory compliances, including submission of contribution report in Form 24 A under Section 29 C of the R P Act 1951.

To clean up the use of black money to hold free and fair elections, Rajiv Kumar, Chief Election Commissioner sent the segregated list of such RUPPs to CBDT for requisite action under an extant legal framework.
Last May, the Election Commission took action against such parties who had claimed IT exemption without complying with statutory requirements and deleted 87 political parties from its list for bogus donation and tax fraud, violating norms.

According to EC under Section 29 C of RP Act, 1951, 2,174 RUPPs have not submitted contribution reports and directed the concerned department to take action against those receiving donations without due statutory compliances.

In its order, EC said that there have been reports about a few RUPPs about their indulgence in serious financial impropriety such as incriminating documents related to bogus donation receipts, formation of shell entities, bogus and non-genuine purchases, facilitating accommodation entries, etc. It amounts to fraudulent use of privileges and public trust available to them. This necessitates an urgent need to crosscheck the compliance adherence and legality of the activities of such parties.

Three RUPPs which have been reported, prima facie to be involved in serious financial impropriety such as incriminating documents related to bogus donation receipts, formation of shell entities, bogus and nongenuine purchases, facilitating accommodation entries, etc, shall be proceeded against under the extant legal/regulatory regime including entitlement to avail the benefits of Symbols Order, 1968. A reference shall be sent to the Department of Revenue, who have reported misuse, for taking all necessary legal and criminal actions against 3 RUPPs, as appropriate under the extant legal (3) framework.

Notably, Section 29C of RP Act 1951 requires a RUPP to furnish a contribution report as prescribed in Form 24 A under Rule 85 B of Conduct of Election Rules 1961. Such contributions received by RUPPs are also 100 per cent exempted from Income Tax as an incentive to the parties for strengthening the electoral democracy.
Section 29A(9) mandates every political party to communicate any change in its name, head office, office bearers, address, PAN number to the Commission without delay.

The political parties are mandated to also furnish Audited Annual Statements, flowing from ECI’s transparency guidelines dated 29/08/2014. Hon’ble Supreme Court in Common Cause vs. UoI & Others (AIR 1996 SC 3081) has upheld the requirement of maintaining audited accounts by the political parties as mandatory and to be strictly enforced.

The political parties are under a statutory obligation to furnish a return of income for each assessment year to be eligible for exemption from income tax. According to EC order, a political party, needs to undertake to include in its constitution that it must contest an election conducted by the Election Commission within 5 years of its registration.

Further, upon participation in an election, political parties are required to furnish their election expenditure statement within 75 days, in case of Assembly elections, and within 90 days, in case of Lok Sabha elections.
Out of 2,354 RUPPs, over 92 per cent RUPPs have not filed their Contribution Report in 2019. 199 RUPPs claimed Rs 445 crore IT exemption in 2018-19 while 219 RUPPs claimed Rs 608 crore IT exemption in 2019-20. Out of these, 66 RUPPs have claimed income tax exemption without submitting contribution reports in Form 24A as mandated under section 29C of the Act.

Further, 87 RUPPs have been found to be not in existence. For the year 2019, 2,056 RUPPs have not yet filed their Annual Audited Accounts. In 2019 general election, out of 2,354 RUPPs only 623 contested elections ~70 per cent RUPPs did not contest elections.

Out of 115 RUPPs (headquartered in the five election-gone States of Assam, Kerala, West Bengal, Tamil Nadu and UT of Puducherry and which contested Assembly elections of 2021, only 15 RUPPs have filed their Election Expenditure Statement till date.

Also Read: Masterstroke Of Congress, Rahul Gandhi To Sleep In Container For Next 150 Days