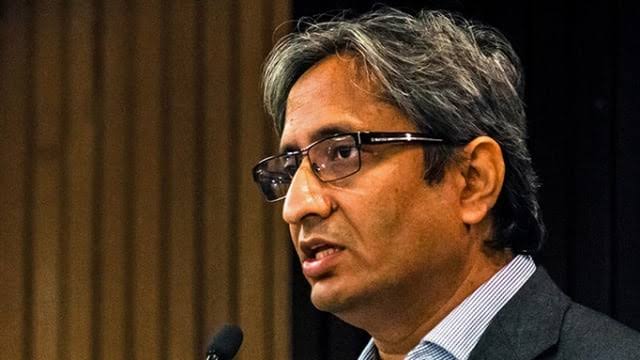 Announcing the departure of Ravish Kumar, the channel sent an internal mail saying that his resignation is effective immediately.

Announcing Ravish Kumar’s departure, the channel sent an internal mail saying that his resignation is effective immediately. That means now Ravish Kumar will not be seen doing shows for NDTV. Ravish Kumar has been awarded the Ramnath Goenka Excellence in Journalism Award twice for his journalism and the Ramon Magsaysay Award in 2019. NDTV Group President Suparna Singh said, “There are few journalists who have left as much impact on people as Ravish. In the plethora of people’s reactions about him; In the crowds that turn out for him, in the prestigious awards and recognition he has received in India and internationally; And this is reflected in its daily reporting, which addresses the rights and needs of those who are underserved.”

Radhika Roy and Prannoy Roy, founders of NDTV and pioneers of TV news in India resigned from the board of RRPR with effect from 29th of November. Prannoy Roy is the Chairperson of NDTV and Radhika Roy is an Executive Director. According to the filing sent to Bombay Stock Exchange by company secretary Parinita Duggal, The board of RRPR Holding has approved the appointment of Sudipta Bhattacharya, Sanjay Pugalia and Senthil Chengalvarayan as Directors on its board with immediate effect. This came a day after the NDTV promoter group informed stock exchange that it had transferred 99.5 per cent of its equity capital share to Vishvapradhan Commercial (VCPL).

This group VCPL was bought by Adani Media Group in August setting off the process of NDTV takeover in Motion. Since RRPR holds 29.18% stake in NDTV, Adani is now owner of 29.18% of NDTV. Apart from this, Adani has also made an open offer for another 26 per cent stake in NDTV.

Amidst outrage by North East states, Cabinet likely to give a nod to Citizenship Amendment Bill