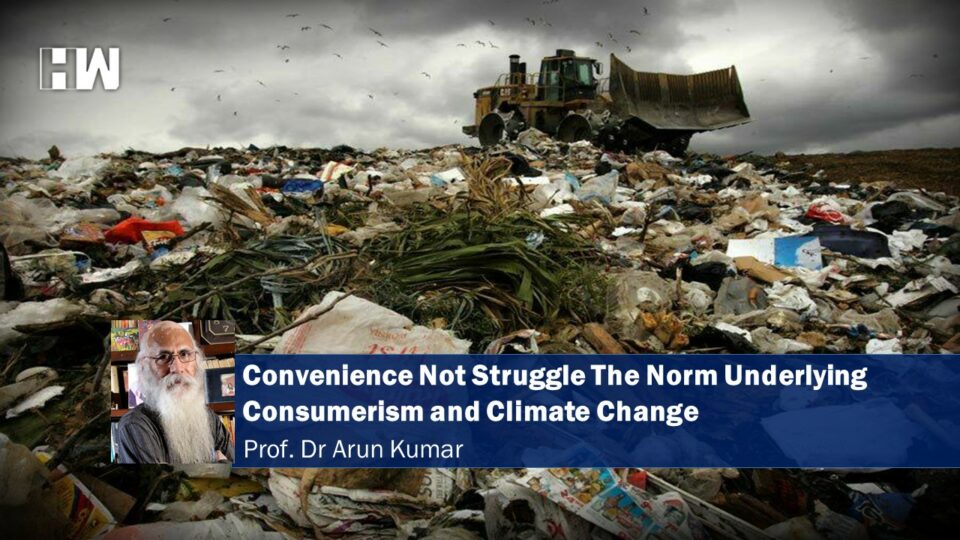 UN Secretary General Guterres in his opening remarks at the start of the UN General Session in September 2022, cautioned the world about global dysfunction and how nations are not tackling the big challenges facing it. The caution was not a day too soon given the unprecedented floods that had occurred then in Pakistan and parts of India. There was severe drought in China, parts of India, Europe and Africa. Record high temperatures and massive forest fires had been reported from across the world during the summer months. The mighty Yangtze in China looked like a nullah and inland water transport stopped in parts of Europe because of inadequate flows in several rivers. More recently there have been severed cyclones in the USA, Canada, Philippines and Japan. Reports of receding glaciers, melting polar ice cap, rising sea level and erosion of coastal areas, etc. have been appearing for years.

In India, agriculture has been impacted with area sown under paddy declining this year. More recently, paddy and other crops have been damaged by unseasonal rains in October. In March-April due to an early onset of the summer, the wheat, vegetable and fruit crops were adversely impacted resulting in rising food prices and uncertainty about continuation of distribution of free food to the poor. Food gain stocks though adequate at present are the lowest in 5 years and this could signal to trade that they could speculate on price rise and aggravate shortages.

Impact on the Poor

The situation has been aggravated by the War in Ukraine, disruptions due to lockdown in China and the increase in interest rates in the USA, UK, etc., which is likely to push the world economy into deeper recession. The US economy is already in a technical recession and the Fed has indicted that it will raise interest rates further which can only aggravate the recession.

India claims to be the fastest growing G20 country on the basis of deficient data (as pointed out by this author several times in the last two years). It is implied that the country is doing well in spite of the various adverse world events. But what about the stressed unorganized sector which is resulting in high unemployment among youth?

The persistence of the extreme global weather events will make the recession in the world economy persist even if the other factors listed above reverse in the near future because it is a long term feature. The long term adverse consequences for the poor will be both direct and indirect, as pointed out by the UN Secy. General. Countries are likely to take defensive steps to protect their economies which will have adverse consequences for the developing countries, given that they don’t have the resources to take care of the impact of the extreme weather events, especially on the poor, as is the case in say, Pakistan and Somalia.

Extreme weather events are linked to climate change which in turn is caused by rising pollution due to growing consumption, especially of the well-off sections. This is the situation when the global temperature rise is 1.1 degree above the pre-industrial level. What would it be when the temperature rise is 1.5 degrees or 2 degrees in another 20 or 50 years. The world has to try and reverse the situation here and now. Sporadic attempts like, observing the Earth day are symbolic and wholly inadequate. Mr. Guterres said the World is in peril and paralyzed.

Consumption levels of the well-off have to decline here and now, both in the advanced and the developing countries. For this, the prevailing notion that welfare improves when consumption increases has to be discarded by the well-off.

Production can be reduced without impacting the welfare of people if the massive social waste is curbed. Bowles, et.al, 1984 showed that in 1980, 50% of the production in the US was a waste. In 2006 this author estimated that 25% of production in India was a waste. So, production could be cut in the US in 1980 by half and in India by 25% in 2007 without any loss of people’s welfare. Such waste has only increased since those times.

Cutting down waste and reversing climate change requires society to accept that the organization of the economy has to be different than what it is at present. A minor tinkering will not do. Public consciousness has to change and especially of the well-off citizens of the world.

Consumerism is further promoted by the economic idea, `more is better’. That is, individual’s welfare improves as she consumes more. The other current notion is `increasing convenience’ in life improves the quality of life.

Under the first rubric, people buy more clothes and shoes as fashions change and discard perfectly usable ones. Loads of crockery that is seldom used is kept in the house – different size cups, plates, cutlery for different occasions and uses. So, the well-off have bigger houses than earlier but they are cluttered with things that are used seldom.

People drive around in personalized vehicles not only to work but for fun. They go for weekends and return tired needing time to recover – work hard and play hard. The rich live in farm houses with acres of water guzzling lawns and ornamental plants that need special care. Perfectly good houses are renovated generating much waste. Perfectly good pavements and road furniture is changed. Useless gifts and flowers are given which the receiver forgets and often recycles to others. Advertising is used to promote consumerism and profits – another waste.

The second rubric of `convenience’ is based on the idea of minimizing human effort. Private vehicles are preferred over public transport. This may be justified during a crisis like the pandemic. It is a convenience – from door to door – no walking required. Convenience does not factor in the cost to society and environment. ACs, lights and fans are left on in homes and offices. On the Earth day, we turn them off, otherwise it is an effort. We prefer to have our own library rather than have well-stocked libraries in every community.

Learning to use gadgets and devices correctly so that they can last longer is an effort which is minimized. So, they break down sooner. Having them repaired is a bother so they are discarded. Instead of cooking at home it is convenient to eat out or to order food to be delivered. That increases costs and pollution due to packaging, etc. We take a plastic or paper bag from the store and junk it rather than carry a bag. We know plastic is polluting water ways and oceans and impacting marine life. Use of a TV remote symbolizes the convenience culture. One can surf without having to get up.

The convenience culture promotes more self-centeredness. One’s own convenience over rides society’s interest. The collectivity becomes less important. Availability of entertainment on tap via TV or mobile reduces expenditure on going out but also reduces socialization and leads to psychological problems. The reduction in the effort to do things also reduces the struggle to learn how to protect the environment. The underlying philosophy is, I have the money so I have the freedom to fulfill my wishes – irrespective of the costs to society or environment. I should have my vacation home and the yacht because I can afford it. This economic idea of `consumer sovereignty’ promotes this notion.

Energy efficiency has increased but total consumption has grown faster, increasing the use of energy and materials. The critics may argue that reduction of social waste would reduce employment which would increase worker’s distress. So, is it that waste and consumerism are now the way capitalism copes with shortage of demand? This is contrary to Mr. Guetress’s closing remark regarding need for hope and action

In brief, the growing frequency of extreme weather events calls for the top 20% of the world population to cut their consumption to save resources. This would not reduce social welfare. The philosophy of `convenience’ and `more is better’ have to be discarded. This requires a basic change in the way the well-off think about their consumption and welfare.

(Arun Kumar is a veteran Indian economist. He studied at Delhi University, Jawaharlal Nehru University (JNU) and Princeton University, USA, and taught economics at JNU for three decades till 2015. His areas of interest include public finance, development economics, public policy and macroeconomics. Kumar has written widely on these subjects, both in the popular press and in academic journals. He is Author of `Understanding Black Economy and Black Money….’. 2017.)

Benchmark Indices recover after sell-off, Sensex down 700 points, Nifty back at 9,400

The ED case of Edelweiss