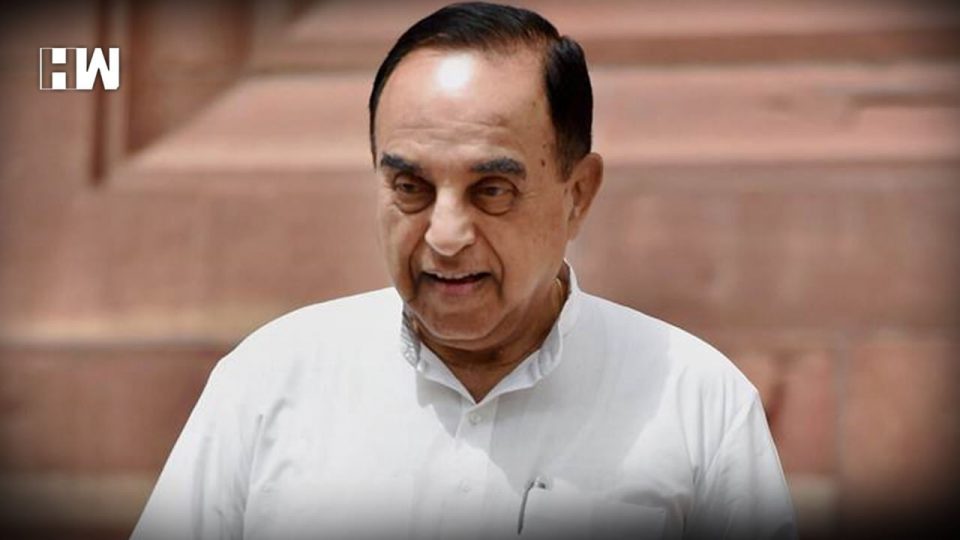 New Delhi | Bhartiya Janta Party (BJP) leader and Rajya Sabha MP Subramanian Swamy on Monday called the Article 35A of the Indian Constitution which grants special privileges to the residents of Jammu and Kashmir unconstitutional and urged the Supreme Court to abolish it.

Speaking to media, Swamy said, “We can’t be terrorised by all this. This is clear that they (protestors) all are doing it under the instigation of extremist elements and Pakistan to not allow any change. This Article 35A is against the rights for women and is unconstitutional too. Therefore, we would like to see the Supreme Court strike it down.”

Earlier former chief minister Mehbooba Mufti while stating her views on the increasing tension in the state on the matter of Article 35A said that fiddling with J&Ks special status will have catastrophic ramifications for the entire country.

Today people cutting across party lines & other affiliations are united in their fight against any dilution of Article 35 A. As I have already stated before, fiddling with J&Ks special status will have catastrophic ramifications for the entire country. 2/2

We the Citizens, a Ngo has filed a petition in the Top Court in 2014 to abolish the law on the grounds that it was “unconstitutional”. Article 370 of the Constitution grants special status to Jammu and Kashmir, while Article 35A disallows people from residing in Jammu and Kashmir, buying or owning immovable property in the state, settle permanently, or get state government jobs.

The Joint Resistance Leadership (JRL), comprising Syed Ali Shah Geelani, Mirwaiz Umar Farooq, and Mohammad Yasin Malik has called a strike on Monday in protest of the supreme court hearing on the Article 35A. As a precautionary matter, the administration has called off the ongoing Amarnath Yatra.