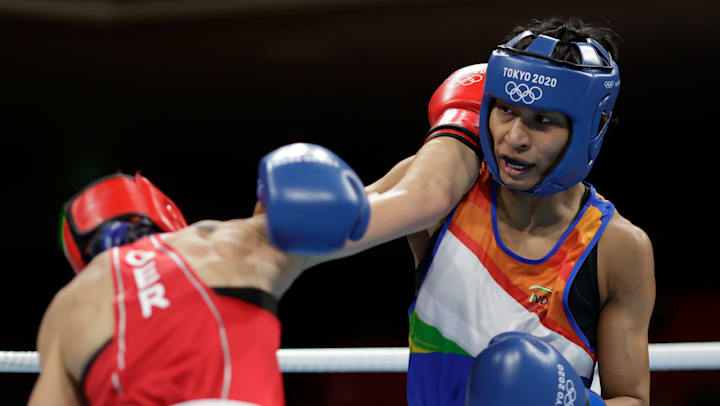 A medal is now confirmed for India by virtue of Lovlina Borgohain entering the semi-finals where she will face 2019 world champion Busenaz Surmeneli of Turkey.

India’s start in the Tokyo Olympics on Friday has been fantastic. Boxer Lovlina Borgohain has secured another medal for the country by making it to the semifinals of the 69 kg weight category. Archer Dipika Kumari has reached the quarter finals. Meanwhile, the women’s hockey team is currently tied at 0-0 in the group stage match against Ireland.

Lovlina Borgohain has reached the semifinals of the 69 kg weight category by defeating Chin Nien Chin of Chinese Taipei. In all three rounds, Lovlina did not let the rival boxer dominate. In the first round, 3 out of 5 judges have ruled in favor of Lovlina. In the second round all 5 judges found Lovlina the winner. In the third round, 4 judges declared Lovlina winner. Thus, the Indian boxing champion won the match 4-1. A medal is now confirmed for India by virtue of Lovlina entering the semi-finals. Lovelina will face 2019 world champion Busenaz Surmeneli of Turkey in the semifinals. Weightlifter Mirabai Chanu has won the first medal for India in this Olympics. She has won a silver medal.

BCCI set to work for 6 months with NADA