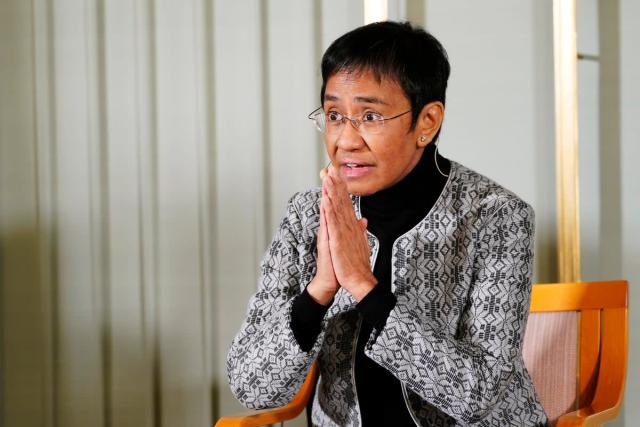 The decision by a Philippines court to uphold the conviction of campaigning journalist Maria Ressa should be reassessed by the newly elected government, the UN Special Rapporteur on freedom of opinion and expression, Irene Khan, said on Thursday.

Ms. Ressa, who was awarded the Nobel Peace Prize in 2021 for her work defending freedom of expression as a co-founder of independent news outlet Rappler, was convicted of “cyber libel” in 2020.

It followed publication of an article on alleged corruption involving the Chief Justice of the Supreme Court in the Philippines.

The ruling by the Court of Appeal earlier this month also applied to another writer associated with the article, Reynaldo Santos Jr.

His prison sentence was increased by several months, along with Ms. Ressa’s, to more than six years and eight months.

Ms. Khan, who said that she was deeply concerned by recent developments in the Philippines to silence independent and investigative journalism, called on newly elected President Ferdinand Marcos Jr’s government to withdraw the charges against Ms. Ressa, reverse the decisions against Rappler and other online news platforms, and investigate all attacks and killings of journalists.

“I urge President Marcos to take this opportunity to bring an end to the crackdown on Press freedom in the Philippines,” she said.

Special Rapporteur Ms. Khan also spoke out against the “criminalisation of journalists” involved in libel cases in the Philippines.

Resorting to libel “impedes public interest reporting and is incompatible with the right to freedom of expression”, the rights expert insisted, adding that criminal libel law “has no place in a democratic country and should be repealed”.

The Special Rapporteur, who was appointed by the Human Rights Council, also expressed concern that the 2012 Cybercrime Prevention Act had been applied retroactively in Ms. Ressa’s case, “as the Rappler article in question was published before this law was enacted. This is yet another example of the relentless attack against Maria Ressa for daring to speak truth to power,” Ms. Khan said.

Ms. Ressa faces numerous criminal and other charges related to her work in the Philippines.

The online news website also explored the spread of disinformation over the internet and social media, while advocating for Press freedom, truth and democracy in the Asia-Pacific archipelago.

Forced out of business

On 28 June this year, the Philippine Securities and Exchange Commission affirmed its 2018 decision to revoke Rappler’s certificates of incorporation, effectively confirming its shutdown, Ms. Khan said in a statement.

“On 8 June, the Philippine National Telecommunications Commission ordered internet providers to restrict access to local news websites Bulatlat and Pinoy Weekly for allegedly violating anti-terrorism laws,” the Special Rapporteur continued, noting that no evidence had been provided to justify the claim.

UN Special Rapporteurs such as Ms. Khan are tasked with specific thematic or country mandates by the Geneva-based Human Rights Council, where they report back on their fact-finding or monito

Feature: Violence against women must stop; five stories of strength and survival

Watch: Indian Missiles, Rockets Blow Pak Bunkers On Other Side Of LoC