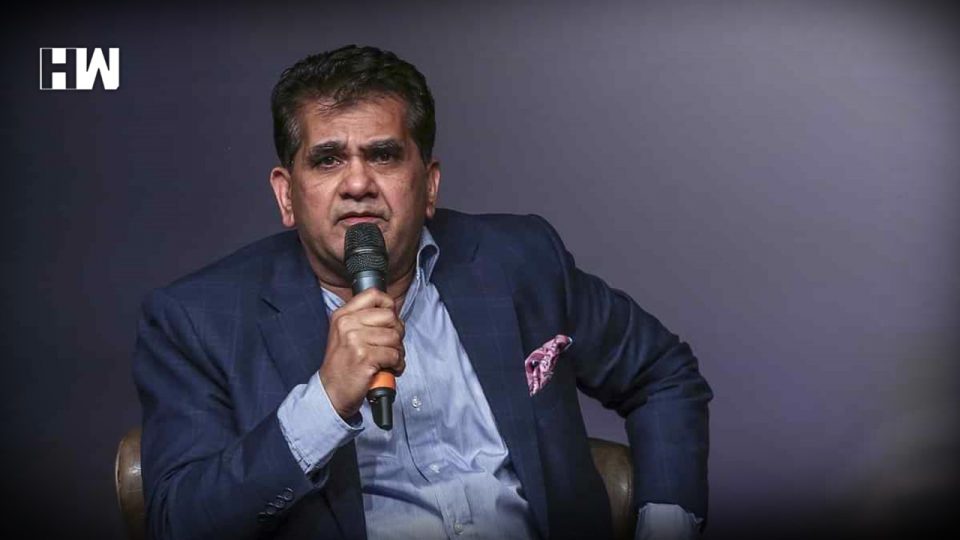 Amitabh Kant, the country’s ‘Sherpa’ for G20 briefed delegates including diplomats from all missions of the participating countries at a special session being held at a resort in Andaman and Nicobar Islands

In its first pre-presidency meeting, Kant briefed about India’s approaches and urged delegations from international organizations to “not act as their country’s ambassadors but as India’s ambassadors” to be able to arrive at a consensus on the policy agenda for the event. “Over 40 ambassadors are here in Andaman. We had made a presentation to them on all the working groups, on what India’s priorities are and we have requested that they must not act as the ambassador of their country but they should also act as our ambassadors to ensure that their ministers, their Sherpas, their participation is full. They should come prepared because our issue notes have been circulated, they should be fully interacting with us so that we are able to arrive at a consensus,” Kant said.

Highlighting India’s focus for the G20 and how one of the key agenda items that India will push for long-pending reforms in multilateral institutions, India’s G-20 Sherpa said that the delegates have been urged to play a very critical role in the agenda for the grouping of the world’s most advanced economies as India wants its presidency to be inclusive, and action-oriented.

“We highlighted India’s priority of inclusive and sustainable growth, climate finance, accelerated action on SDGs, our digital transformation story of how India has become the pharmacy and the vaccine capital of the world, and how we need multilateral reforms as far as the institution is concerned. So, all these issues are brought to their knowledge and they have been requested to play a very active and critical role. They have been told that India wants its presidency as the Prime Minister has said to be very inclusive, to be firm-oriented, to be action-oriented. We will be very decisive and we want all the countries to partner with us in this process. I am truly delighted that all the ambassadors are here and they will play a very active and critical role in the G20,” Kant said.

The meetings of the G20 Presidency are being held in Swaraj Dweep, popularly known as Havelock Island, in Andaman and Nicobar Islands.

G20’s India coordinator, Harsh Vardhan Shringla, who is also present for the meetings said, “We’re happy ambassadors of G20 countries are here to attend the pre-presidency briefing. G20 Sherpa gave an overview of the country’s achievement in socio-economic areas. We presented our preparation on how we seek support on important issues.”

Before the meeting, the delegates went to Kala Patthar beach and took part in a yoga session and also participated in a beach-cleaning activity on Swaraj Dweep Island.
“A Yoga session was held at sunrise at Kala Pathar Beach. All G20 Ambassadors who have come to Andamans from Delhi also participated. After that, we also carried out a beach cleaning activity. The Ambassadors participated in that too,” Harsh Vardhan Shringla, G20’s India Coordinator said.

“Prime Minister Narendra Modi has laid emphasis on Lifestyle for Environment, that our current living standards aren’t sustainable and that we’ll have to do something for the environment together. We have planned a lot of practical outcomes in our G20 Presidency, one of them being beach clean,” he added.
After the meeting, the delegates will be taken to Radhanagar beach to view the sunset. Over 40 mission heads and international organizations on Friday reached the Andaman and Nicobar Islands for the G20 curtain raiser.

The delegates took a tour of the Cellular Jail where author and ideologue Veer Savarkar was lodged by the British. New Delhi is organizing meetings throughout the country on a pan-India basis, as it is the PM’s vision that the G20 presidency of India should be a participative process in which everybody feels that it is his presidency.

India will assume the G20 presidency on December 1.