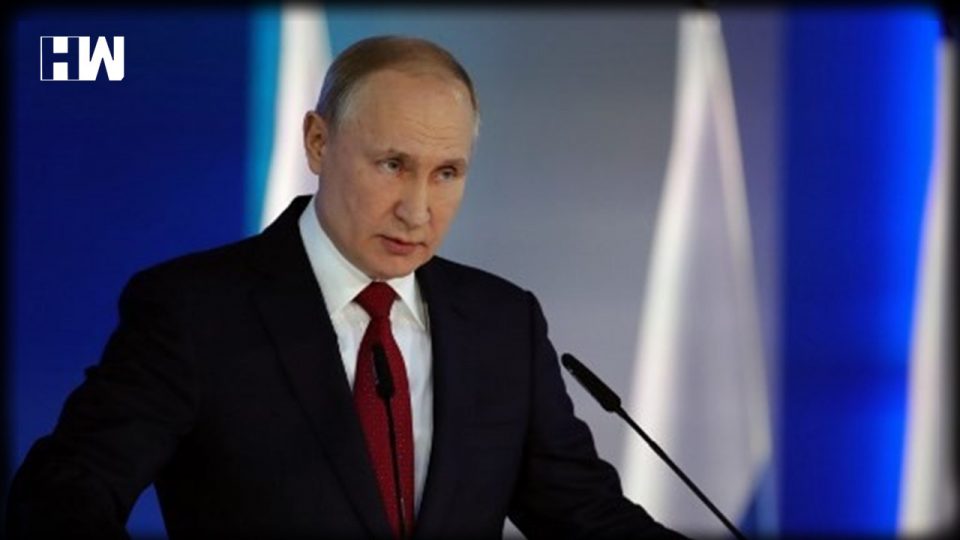 Referendums on joining Russia will be held in the Donetsk and Lugansk People’s Republics, as well as the Kherson and Zaporozhye regions in eastern Ukraine

Moscow: Asserting that the purpose of the West is to weaken, divide and ultimately destroy Russia, President Vladimir Putin on Wednesday announced that he had signed a decree on partial mobilization in Russia amid the ongoing war in Ukraine.

“In order to protect our homeland, its sovereignty and territorial integrity, to ensure the security of our people and people in the liberated territories, I consider it necessary to support the proposal of the Ministry of Defense and the General Staff to conduct partial mobilization in the Russian Federation,” he said during nation address today, CNN reported. He further said that the efforts to begin partial mobilization will begin today.

“I repeat, we are talking only about partial mobilization. That is, only those citizens who are in the reserve and, above all, those who served in the armed forces, have certain military specialities and relevant experience, will be subject to conscription,” Putin said, as per CNN.

After the Kyiv regime actually publicly refused a peaceful solution to the Donbas problem today and, moreover, announced its claim to nuclear weapons, it became absolutely clear that a new next large-scale offensive in the Donbas, as it had already happened twice before, was inevitable,” he added.
At the beginning of his speech to the nation, the Russian President said that Western countries are seeking to destroy Russia.

“The purpose of this West is to weaken, divide and ultimately destroy our country. They are already directly saying that in 1991 they were able to split the Soviet Union, and now the time has come for Russia to break up into a multitude of regions and areas which are fatally hostile to each other,” the Russian president said as quoted by CNN.

Referendums on joining Russia will be held in the Donetsk and Lugansk People’s Republics, as well as the Kherson and Zaporozhye regions in eastern Ukraine on September 23-27.

On Tuesday, US Ambassador to the United Nations Linda Thomas-Greenfield condemned the expected referendums during a meeting with Ukrainian Foreign Minister Dmytro Kuleba and reiterated the US would not recognize any attempt by Russia to “claim annexation of Ukraine’s sovereign territory.”
The US, along with the G7 nations and European Union (EU) has imposed severe and immediate economic costs on Russia for its “atrocities in Ukraine, including in Bucha”.