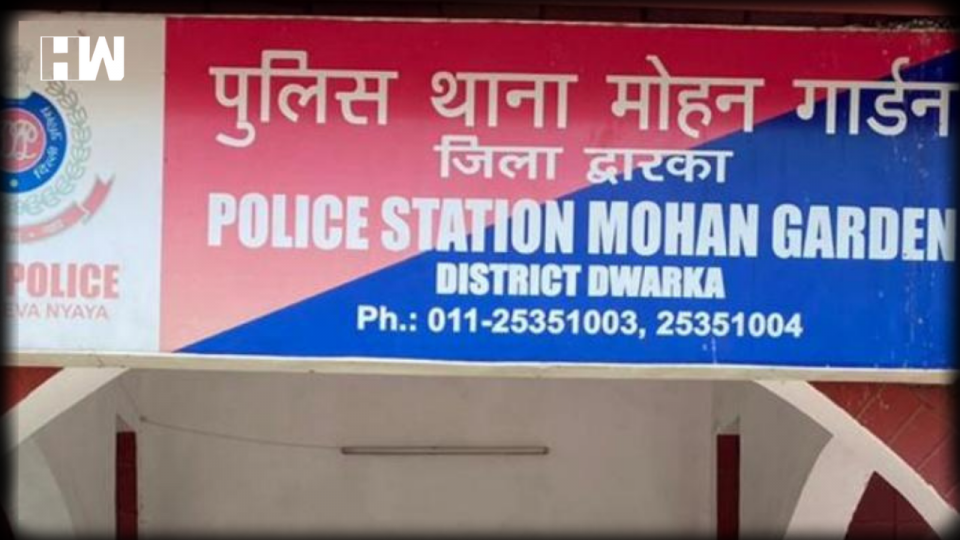 Delhi : Delhi Police has launched an eradication on Africans staying in and around Mohan Garden in West Delhi after a mob attack at police station following death of an African origin man. Police said on September 26, after the death of man at hospital, a mob came to police station and attacked cops leading to the eradication. Police has arrested 53 foreigners over the past four days for allegedly resorting to violence. The members of African Community staying in and near Mohan Garden area are living in fear.

A senior police officer said that a mob of about 70-80 people carrying sticks, rods, and other blunt objects allegedly arrived at the police station and resorted to stone pelting and vandalism, damaging vehicles. They allegedly manhandled a few policemen before other personnel responded to the situation, fired some rounds in the air.

The whole incident was captured by a local resident on his cell phone.

Additional deputy commissioner of police (Dwarka) Vikram Singh said, “We have registered a case of attempt to murder, creating ruckus, damaging property and obstructing police personnel from performing their duties. So far, 53 people have been arrested.”

A senior police officer said the foreigners were angry over the death of a man of African origin at a private hospital near Dwarka Mor, where he was brought in an unconscious state on the same day. Doctors declared him dead on arrival and told his friends that since it was a medico-legal matter, they had to inform police. They were not in favor of this, which led to an altercation and police were called. “When the police tried to explain the legal procedure, the men became aggressive and left. Around an hour later, 70-80 foreigners gathered at the Mohan Garden police station and resorted to violence,” the officer said.

Members of African Community are staying in fear.

The police crackdown has unnerved them so much that neither they, nor the locals who give them their houses on rent or have shops in the area wish to be named.

The locals say they have had no problems with the Africans, who pay them a higher rent and are generally generous in spending their money. But the police are tasked to identify those who are staying illegally and does look upon them with suspicion which leads to tension.

“One of them was picked up last night and let off,” said a woman, who runs a grocery store in the area for the past eight years and sells water, Coke and instant noodles to them. “He had bruises when he returned,” she said. In fact, since the incident at the police station, the Africans have stayed inside, afraid of being taken away by the cops.