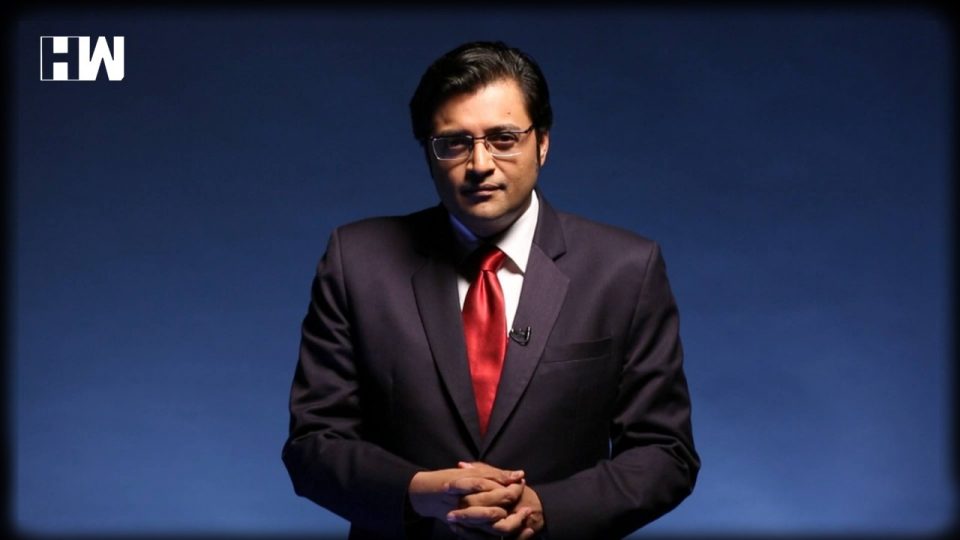 Ofcom said that in September 6 episode of the Poochata Hai Bharat, host and Editor in chief of Republic TV- Arnab Goswami and some other panellist violated the broadcasting codes.

London| The British Broadcasting Regulator has imposed a fine of 20,000 euros (about Rs 18 lakh) in the UK on Arnab Goswami’s Republic Bharat-the sister concern of Republic TV. It is licensed to broadcast Republic Bharat Hindi news channel in the UK. The fine has been imposed for violation of rules regarding ‘Hate Speech’, using derogatory and offensive language. While issuing the order against Worldview Media Network Ltd. on Tuesday, the Office of Communications said that Goswami’s prime time news program “Puchhta Hai Bharat” contained hate speech and is very inflammatory. Republic Bharat has also been asked to broadcast an apology on its channel for the abusive or derogatory treatment of individuals, groups, religions or communities

In its release, the Office of Communication or Ofcom said that in September 6 episode of the Poochata Hai Bharat, host and Editor in chief of Republic TV- Arnab Goswami and some other panellist violated the broadcasting codes. The Worldview Media Pvt ltd which holds the license to air Republic Bharat in the UK has also been served notice.

The September 6 program was based on India’s mission to the moon and involved comparison of India’s space exploration and technological advancements to Pakistan, and Pakistan’s alleged terrorist activities against Indian targets. Ofcom said that comments made during the program by Arnab Goswami and other panellists amounted to “hate speech against Pakistani people, and derogatory and abusive treatment of Pakistani people”.

Ofcom said that in his broadcast Goswami repeatedly referred to Pakistanis as “Terrorists” and even said that while India is Making Scientists, Pakistan is making terrorists. One of the panellists also referred to Pakistanis as “beggars” and threatened to conduct a military attack against them. The regulatory body said that the words used in the program were “potentially offensive and not justified for the context.” It also took note of the word “paki” a term which has racist connotations used in the broadcast.

The order said that the comment against the Pakistani people was offensive and derogatory and was based on their nationality only.

Worldview media has been fined for the same broadcast. The company has decided that in future it will try to follow the rules and will not broadcast live some of the debates. The order also said that the media company admitted that the rules were not intentionally violated.

Ofcom has given two months notice and asked to air an apology as they are getting frequent calls from Pakistani nationals in the UK who are objecting to it.