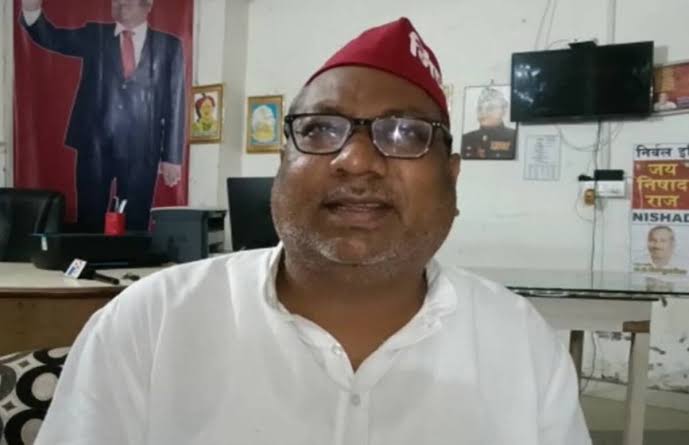 If the party does not rectify its mistakes, it will face the consequences in the upcoming assembly poll,” Mr Nishad warned.

BJP ally Nishad Party’s Chief Sanjay Nishad has expressed disappointment over his son and MP Praveen Nishad not being included in the Union cabinet after the reshuffle.

Mr Nishad asked if Anupriya Patel of the Apna Dal (Sonelal) can be included in the Union Council of Ministers, why can’t Praveen Nishad.

“If Anupriya Patel of Apna Dal (Sonelal) could get a place in the council of ministers, then why MP Praveen Nishad can’t? The people of Nishad community are already ditching the BJP and if the party does not rectify its mistakes, it will face the consequences in the upcoming assembly poll,” Mr Nishad warned.

The leader stressed that his son Praveen Nishad enjoys popularity in over 160 seats whereas “Anupriya Patel in just a few (assembly) seats”.

“It is their turn to decide. However, I have full faith in them that they will take care of Praveen Nishad,” he added.

At present, the NISHAD (Nirbal Indian Shoshit Hamara Aam Dal) Party has one MLA in the UP Legislative Assembly.

Pakistan to release Wing Commander Abhinandan as a peace gesture