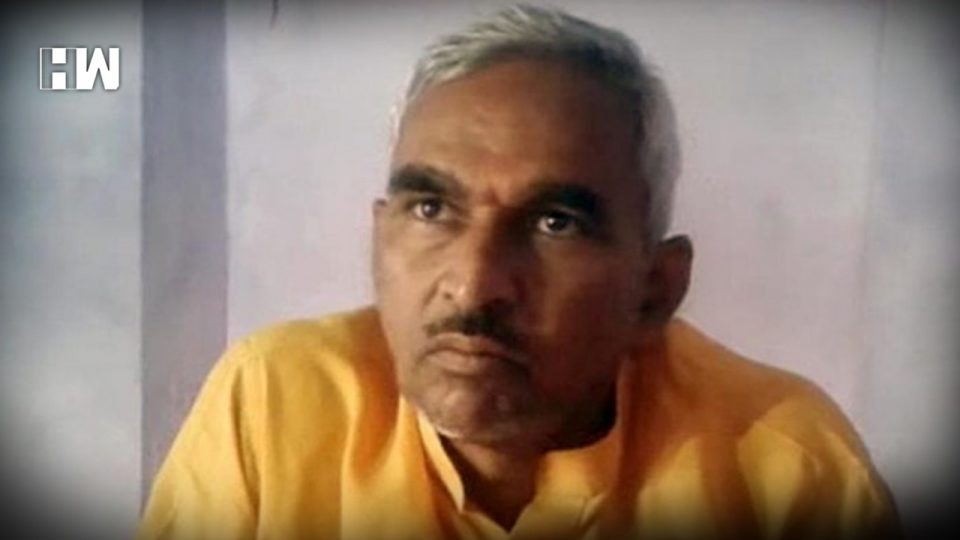 The Ballia BJP MLA further said, “If Dhirendra Singh had not fired in self-defence, dozens of his family members would have been killed.”

Ballia| The case of the killing of a middle-aged person in the Ballia district of Uttar Pradesh on Thursday afternoon is taking political colour. Adding to the controversy now BJP MLA of the region Surendra Singh has issued a statement regarding the main accused BJP worker Dhirendra Singh in this case. Surendra Singh has been seen defending the accused in this video. He said that if Dhirendra Singh did not shoot in self-defence, dozens of his family members would have been killed. He also said that many people from the other side are badly injured, so they should also be listened to.

The BJP MLA said in this video, “The incident that has taken place is condemnable, but the police are taking unilateral action. On the other hand, 6 women among the people have been injured and one man has been seriously injured and referred to Varanasi, whose side is not being heard. Nobody is watching their pain.”

The legislator further said, “If Dhirendra Singh had not fired in self-defence, dozens of his family members would have been killed. I have to say this to the people of Bairia and to the administration that this incident should be condemned but the other side should also be kept in front. Anyone who has committed a mistake should be punished. If someone is shot, then he should also be punished, but those who have injured 6 to 7 people with sticks and bricks, action should also be taken against them.”

Surendra Singh also said that license of Gun is obtained for “self-defence” only. On Thursday afternoon, the process of allocation of government quota shops was going on in Durjanpur area of ​​Ballia. A dispute broke out between the two groups of bidders. The initial verbal spat later turned violent with people resorting to beatings with brick and stones. Amid the ruckus, one side started firing bullets. BJP worker Dhirendra Pratap Singh, considered close to the BJP MLA from Bairia, shot Jayaprakash Pal who belonged to the other group. People present on the spot brought Jayaprakash Pal to the community health centre of the area where doctors declared him dead. Nearly a dozen people are injured in this shootout.

A case has been filed against eight people in this case and just one- Devendra Singh, brother of Dhirendra Singh, has been arrested. The main accused is absconding.

Do Not Panic, Covid Is At Spike But Hospitalization Is Low: Arvind Kejriwal

Delhi High Court dismisses plea to allow women of all ages, religions to enter all places of worship

“Most Farmers Are In Favour Of Farm Laws”: Agriculture Minister