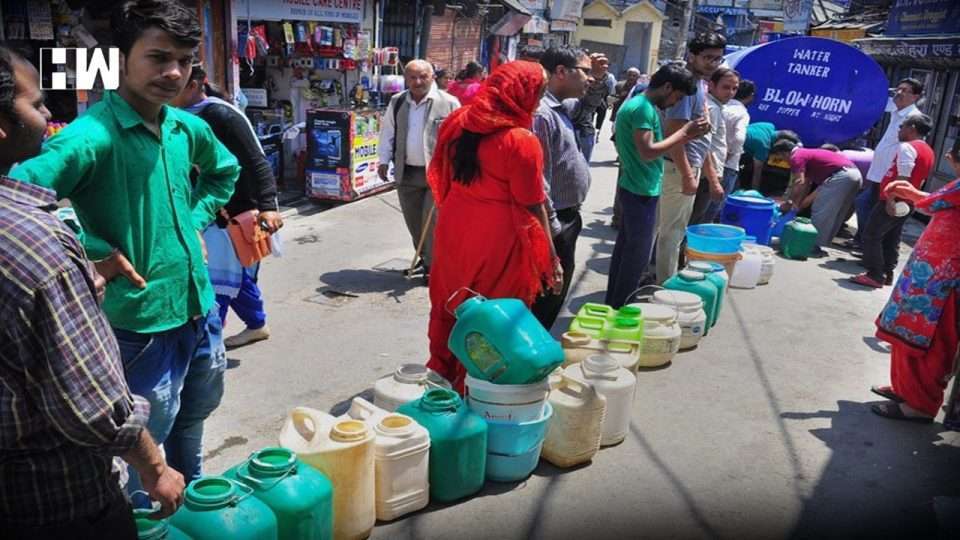 New Delhi | Himachal Pradesh Chief Minister Jairam Thakur on Sunday said his government had prepared a proposal for water conservation and management with an estimated cost of Rs 4,751 crore for five districts of the state which were facing water shortage for irrigation.

Addressing the Governing Council meeting of Niti Aayog, chaired by Prime Minister Narendra Modi, Thakur called upon the Centre to fund it through any external agency.

Thakur urged the Centre to release pending central assistance of Rs 343.12 crore for 2015-16 and 2016-17 under the Pradhan Mantri Krishi Sinchai Yojna (PMKSY).

He also said that Chamba, Hamirpur, Solan, Shimla and Una districts were being covered under National Nutrition Mission. The chief minister said his government was making efforts to fill necessary posts for successful implementation of this programme, however, as per the Centre’s directions, the state will bear the financial burden of posts pertaining to headquarter level which amounts to Rs 21 crore.

He urged the Centre to review this decision so that goals under the programme were achieved faster.

Thakur said Chamba was identified under Special Development Needs of Aspirational Districts programme and the district administration had prepared an elaborate three year action plan for its integrated development. It has been submitted to the central government, he added.

He said the Water Resources Ministry had given priority to 99 irrigation projects in 2016-17 under PMKSY for funding but no single scheme of Himachal Pradesh was added in this list.

He also said the state government will implement nine schemes in the current year for boosting the income of farmers.

The chief minister apprised the prime minister about progress made under various schemes and programmes besides various initiatives taken by the state government which include development in agriculture sector and doubling the farmers income by 2022, Electronic National Agriculture Market (e-nam), Soil Health Cards, MNREGA etc.

He informed that a target has been fixed to plant 10 lakh new saplings by year 2022 to boost horticulture. The chief minister said the state government had decided to implement innovative schemes like ‘Swasthya mei Sahbhagita Yojna’, ‘Mukhyamantri Nirog Yojna’ to strengthen health services in the state.

He said over 10 lakh people benefitted through National Ambulance Service and the rate of institutional deliveries had increased from 50 to 80 percent.

Thakur said fund allocation for National Ambulance Service 108, which is a part of National Health Mission, was made in the ratio of 20:80 (Centre and State). He urged for funds assistance in the ratio of 90:10 keeping in view the tough geographical conditions of the state.