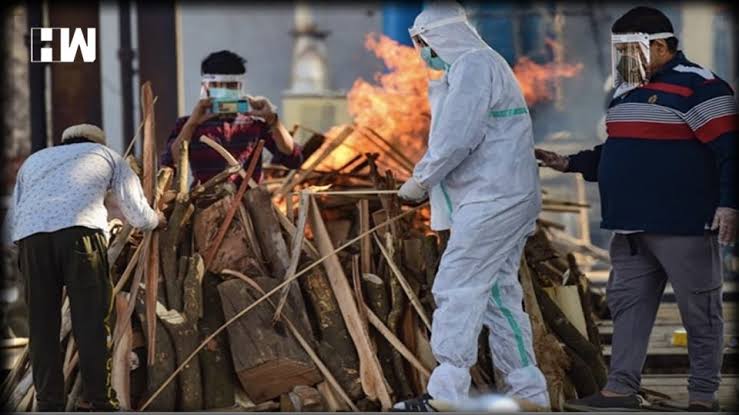 If the numbers estimated by the study are accurate, it would be the country’s worst humanitarian disaster since independence.

A US research group on Tuesday said India’s coronavirus death toll is up to 10 times higher than the nearly 415,000 fatalities reported by authorities. If the numbers estimated by the study are accurate, it would be the country’s worst humanitarian disaster since independence.

The Center for Global Development study’s estimate is the highest for the South Asian country of 1.3 billion people battered by the second wave of Coronavirus pandemic fuelled by Delta Variant.

After analysing the data from the start of the pandemic to June this year, the study suggested that between 3.4 million and 4.7 million people had died from the virus.

“True deaths are likely to be in the several millions, not hundreds of thousands, making this arguably India’s worst human tragedy since partition and independence,” the researchers said.

The center’s report was based on estimating “excess mortality”, the number of extra people who died compared with pre-crisis figures.

Former chief government economic adviser Arvind Subramanian was one of the authors of this study. Mr Subramanian did this partly by analysing death registrations in some states as well as a recurring national economic study.

The researchers also comprised of a Harvard University expert, who acknowledged that estimating mortality with statistical confidence was difficult.

“(But) all estimates suggest that the death toll from the pandemic is likely to be an order of magnitude greater than the official count,” they said.

India’s health ministry last month slammed The Economist magazine for publishing a story that said excess deaths were between five and seven times higher than the official toll, calling it “speculative” and “misinformed”.

Ambanis all set to move to UK: Reports