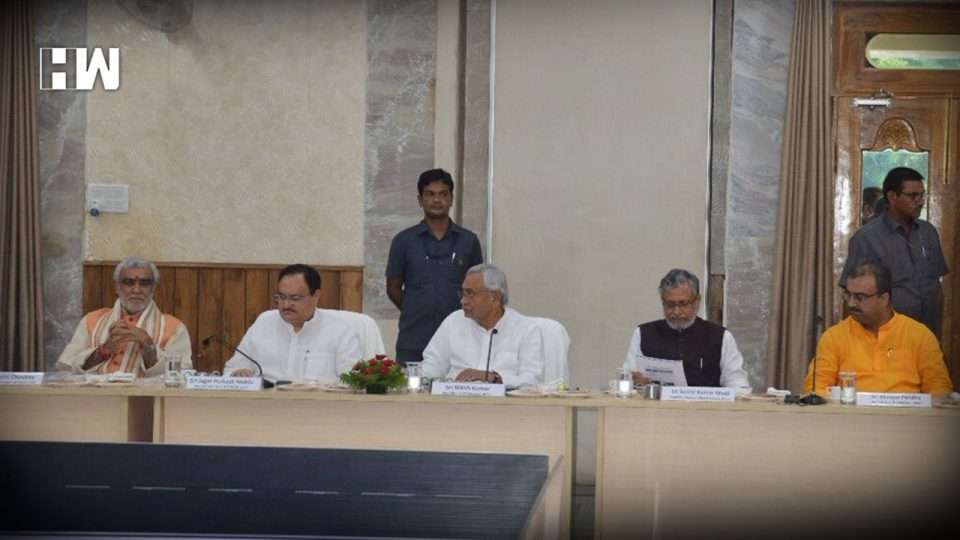 Patna | Union Health Minister J P Nadda lauded the Nitish Kumar government in Bihar for its accomplishments in the health sector over the past one decade.

“Bihar has made commendable progress on the health front in the last 10 years. Maternal mortality rate has plummeted from 312 to 165 while infant mortality rate has dropped from 42 to 38. There has also been a significant decline in the proportion of teenage girls getting married and bearing children”, Nadda told reporters.

He was addressing a press conference held at the Chief Minister’s secretariat after holding a review meeting of the health scenario in the state.

“There has also been a remarkable improvement in other indicators like routine immunization which has risen from 18 percent to 85 percent. The state’s performance with regard to Mission Indradhanush which aims at immunizing children under the age of two years has also been satisfactory,” Nadda noted.

“The state’s medical education scenario has looked up as well. The Centre also intends to help Bihar in effective implementation of its own health schemes by including these under the Ayushman Bharat Yojana,” the Union Health Minister said.