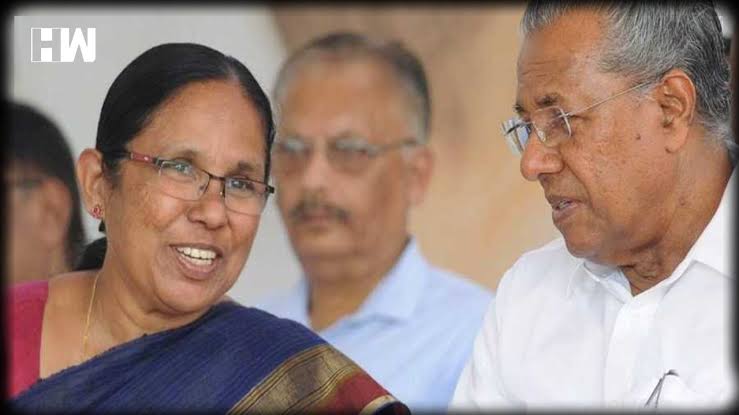 Widely popular in the state as “Shailaja Teacher”, she had won by the biggest margin in the recent Kerala assembly election.

KK Shailaja ‘Teacher’, who garnered praises from all across the world for her handling of the Covid-19 pandemic as the state’s Health Minister, has been left out of the new cabinet of the Left-led government, sources have said.

The 64-year-old former minister, widely popular in the state as “Shailaja Teacher”, had won by the biggest margin in the recent Kerala assembly election, that brought historic feat for the incumbent LDF as it proceeded to form the government in the state for the second straight term.

KK Shailaja won by over 60,000 votes from her constituency in Kannur district.

Ms Shailaja was praised widely and referred to as “rockstar” health minister for her role in handling of the Covid outbreak in Kerala, which scored early successes in containing the spread of the virus in the first wave.

She had also drawn appreciation for the way she managed the Nipah virus crisis.

In September, the UK-based Prospect magazine selected Teacher as the “Top Thinker of the Year 2020”, while she was also interviewed by the BBC World for successfully managing the health crisis.

Many on the internet were surprised by the news as sources claimed Ms Shailaja would be excluded from the new cabinet.

CPI(M) and LDF asked votes saying this is a vote for continuity. Bringing new faces is welcome, but why all? Where is the continuity? KK Shailaja won a landslide victory, she not being part of the cabinet shows this vote was not for continuity

Just cannot wrap my head around this. KK Shailaja won with a record margin of over 60,000 votes- a resounding validation of the good work she has done. Whether Pinarayi likes it or no, she was also one of the reasons why several people voted for govt continuity. https://t.co/z7yeniAM2D