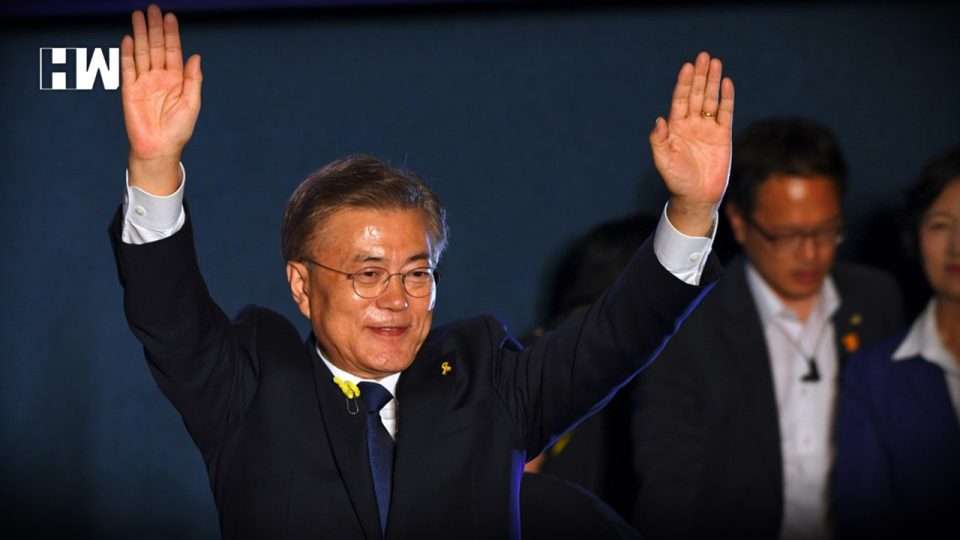 During his visit, Moon will attend an India-Korea Business Forum on July 9. On the same day, Prime Minister Narendra Modi and President Moon will together visit the Gandhi Smriti. Thereafter, they will also visit a Samsung plant in Noida, Uttar Pradesh.

He will hold talks with Prime Minister Narendra Modi on several issues, including the situation on the Korean peninsula and ways to boost bilateral trade and defence cooperation. The Ministry of External Affairs had said that Modi and Moon will deliberate on bilateral, regional and global issues of mutual interest.

The two leaders will also address the India-South Korea CEOs Roundtable. Some agreements are also expected to be signed. In the evening, Moon will meet the President Ram Nath Kovind, who will also host a banquet for the visiting dignitary and his delegation at the Rashtrapati Bhawan

A spokesperson in Moon’s office in Seoul had said the leaders will focus on expanding “future-oriented cooperation” between the two countries. “India is fast becoming a major power with the fastest-growing economy in Asia. It is also a key nation for cooperation under the New Southern Policy that our government is actively pursuing,” he said, according to Korean news agency Yonhap. There has been an upswing in India’s defence cooperation with South Korea and both sides are expected to explore ways to enhance it.

Prime Minister Modi had visited Seoul in May 2015, which helped elevate India-South Korea relations to a ‘Special Strategic Partnership’.

Moon’s visit to India comes nearly a month after the historic summit between US President Donald Trump and North Korean leader Kim Jong-un in Singapore. The situation on the Korean peninsula is likely to figure in his talks with Modi.