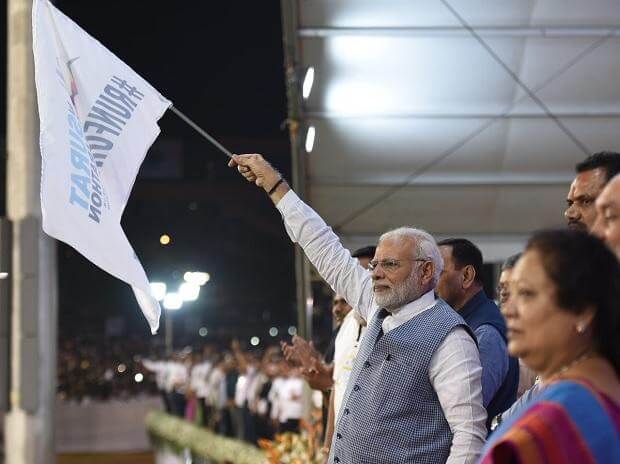 New Delhi | Prime Minister Narendra Modi on Wednesday during his interaction with young entrepreneurs said that “Start-ups are no longer only in big cities. Smaller towns and villages are emerging as vibrant start-up centres.”

PM Modi was interacting with youngsters who have distinguished themselves in the fields of start-up and innovation via NAMO app.

PM Modi in his interaction said “India is a youthful nation. Today’s youngsters are becoming job creators. We are committed to harnessing of demographic dividend.”

“Adequate capital, courage and connecting with people are required for excelling in the start-up sector. There was a time when start-ups meant only digital and tech innovation. Things are changing now. We are seeing start-up entrepreneurs in different fields.” he added.

Speaking of the increasing Startup culture in India, PM Modi said, “India has distinguished itself in the global start-up eco-system.”

“Our patent requests were pending for years. Due to Start-up India, we got lot of valuable assistance from the Government. Due to start-up India we are getting the platform to interact with leading manufacturers,” said an entrepreneur from Bangalore praising the government initiative of ‘Startup India’ during the interaction.

Addressing the problem faced by youngsters at an early period of their business, PM Modi said,”We in the Government understand that youngsters may face shortage of funds for their start-ups. That is why a ‘fund of funds’ has been started by the Government to facilitate more youngsters to innovate and ideate.”

The Government e-Marketplace (GeM) platform has been linked to ‘Startup India,’ he added.

‘Startup India’ is an initiative by the Indian government announced by the Prime Minister Narendra Modi during his 15 August 2015 address at the Red Fort. The action plan of this initiative is based on Simplification and Handholding, Funding Support and Incentives and Industry-Academia Partnership and Incubation.

300 Units Of Free Electricity If Came To Power: Akhilesh Yadav