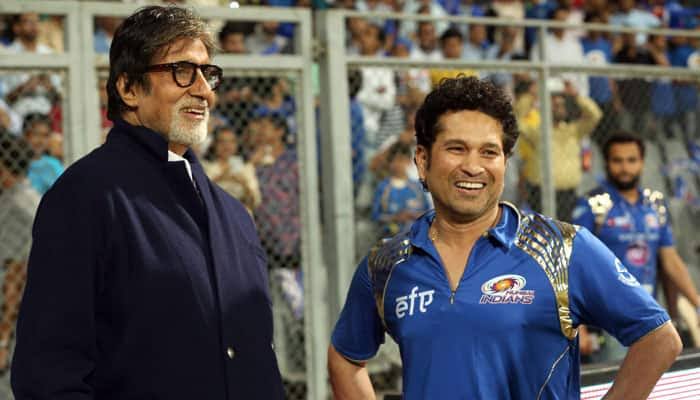 Do the rich, the Tendulkars and the Bacchans feel a sense of responsibility for the state of affairs in the country?

The stolen papers from the tax havens, the latest being the Pandora Paper, reveal much about how the rich view their country. It is apparent that their commitment to the nation is marginal even though they have gained the most. Tax havens are not the place where the poor or the middle classes can stash their wealth to escape paying taxes. The poor and most of the middle classes are not in the taxable range and have little of savings. This is also true of the middle classes who are in the taxable range of above Rs 5 lakh of income – they also save little.

It is expensive to keep funds abroad in tax havens and to maintain them there year after year. The accountants and legal firms abroad who help set up the trusts and companies to move the funds around, to escape government scrutiny, charge neat sums of money as fees/service charges. So, unless one is moving tens of lakhs of rupees annually it is not worth it. Further, anyone whose name appears on these lists is not using the services of these worthies just for the heck of it; there is serious intent to move funds. Given the costs, only the top one per cent in the income ladder can afford these strategems for moving their saving abroad.

Who uses Tax Havens and Why?

When the names of crooks and murderers appear in the list of people using tax havens to take their money abroad, one is not surprised. Their commitment to society is expected to be low. When names of businessmen and corporates crop up then also one is not surprised since their primary concern is profits and post-tax incomes. They are used to committing illegality to generate black incomes as a means of earning more than what they can earn legally. So, they are in it for themselves and therefore one more illegality hardly matters.

When one sees the names of politicians the surprise is greater since they have committed to serve the public. They are supposed to be public servants working for the wider good of the country. But, one has got so used to hearing of the illegalities committed by the political rulers, so, even their names are not a surprise. However, it is a tad more disappointing since they are the elected representatives in whom the public has reposed faith, even if mistakenly so.

The real disappointment for the public maybe when the names of national icons like, Sachin Tendulkar and Amitabh Bacchan crop up. The name of the former has appeared in the Pandora Papers while that of the latter came up in the earlier Panama and Paradise papers. Aishwarya Rai Bacchan’s name also appeared in the Panama Papers. The nation has given much to them – adulation and money. People look up to them since there are few others they can look up to in the present times. They earn in a day what possibly 100 poor families earn in a year. As a saying goes, their wealth would be enough to satisfy the needs of their next 7 generations.

It is also said that the rich keep funds abroad to take care of the risk of a hostile government trying to harass them. So, many of the rich when they are about to be arrested flee the country. This has been quite evident in the recent years. There is also diversification of investment based on assets held abroad. So, the rich have invested in companies abroad or set up companies there. The funds abroad also come in handy for children’s education and health issues. But with the LRS (Liberalized Remittance Scheme) most of these reasons are no more justified. In fact, this has enabled the rich to claim that they have legitimately taken their money abroad. But when the rates of interest in advanced countries are close to zero, the funds are being taken abroad for other reasons than holding the savings abroad.

In a highly commercialized world, the activities of the icons are now acceptable. They have been a part of high pressured advertising, promoting consumerism among people, especially targeted at the young. They advertise products often based on patently false information which the gullible public swallows since they believe in their icons. They are monetizing their reputation much like the companies monetize their brand value. But do they see any higher purpose for themselves than what commercially minded companies see as their raison d’etre. Obviously, when one markets one’s reputation, can there be a higher purpose underlying the action? It is all about accumulation – the pursuit of lucre. This is marketization at its best – its underlying philosophy that ‘more is better’.

So, should we expect any better from the top 1% in the country’s income ladder? Their emotional attachment with the country, if it was there earlier, and 99% of its people seems to have ebbed over time. They become NRIs at the drop of a hat and/or station some relatives abroad to manage their funds.

The black incomes generated in the country are concentrated in the hands of this elite class. They commit all manner of illegality to earn these extra illegal incomes. And, they seem to think that such activity is legitimate, so no guilt need be attached to it. It appears to be profit maximization which is legitimate since this is what a ‘rational economic man’ is supposed to do. Feeling guilty is a cost which must be minimized to generate a higher profit. In fact, economic theory legitimizes it by characterizing such illegality as enhancing ‘market efficiency’. This provides legitimacy to illegality and weakens the emotional commitment to the nation which is a variable that does not enter the notion of ‘efficiency’.

When the rich take capital out of the country through flight of capital they behave like the colonial masters who for a few centuries drained the nation’s wealth through loot, plunder, home charges and the triangular trade. As colonization was ending post Second World War, to continue to obtain this cheap capital, the colonial powers set up tax havens through which they could continue to drain out the wealth of the developing world. They were confident that the wealthy in the developing world would connive in this continuing drain and indeed their assessment was correct.

The Indian rich have been illegally taking their wealth abroad for the past more than 70 years. Our estimate of the opportunity cost of this flight of capital for the period 1948 to 2012 was $2 trillion. The scale of this drain has grown over time as the economy expanded and the ranks of the well-off swelled. As illegality grew in the economy more capital was drained out. When the New Economic Policies (NEP) reduced regulation on businesses, illegality further grew and with that the drain of wealth.

In effect, a poor and capital short country has been exporting capital, thus aggravating the shortage of capital for development and setting back India’s development. The impact of this on the nation’s poor has been clear during the ongoing pandemic. Vast number of people live in uncivilized conditions. 90% said that they do not have the savings to buy even one week of basic supplies and were starving. This resulted in the unprecedented mass exodus from urban to rural areas, something not seen in any other major country.

Do the rich, the Tendulkars and the Bacchans feel a sense of responsibility for the state of affairs in the country? Obviously not. Mr. Bacchan living behind high walls and travelling in luxury cars with tinted glasses famously questioned some years back, where is poverty in India? So, if there is no poverty left in the country there is no need to feel responsible for the poor. One can without any qualms advertise pan masala which is addictive, an unproductive asset like, gold jewelry, fast food like maggi noodles and cold drinks which are harmful to the children. Big names have advertised investments and real estate projects which have been found to be fraudulent. Obviously they do not feel any responsibility towards their admirers?

The reason the icons advertise dodgy and shoddy products is also why they should not indulge in such activity. Perhaps they feel it is the normal thing to since they largely socialize with the rich and powerful who routinely indulge in illegalities and dodgy activities. Their admirers are the masses to whom they wave from a distance – there is no connect with them. If economic theory says, ‘more is better’ then sacrifice is stupidity. Only a highly conscious individual like Gandhi could overcome the immediate urges, practice renunciation and be a votary of ‘voluntary poverty’ and ‘last person first’. This cannot be expected from our icons but at what point is earning enough for them; do they need to cash in their brand value or take their funds abroad?

Gandhi owned responsibility for his actions and tried to practice what was socially correct in a poor country. He is obviously no role model for the well-off either in India or globally. Raj Kapoor sang ‘mera joota hai Japani aur patloon englistani lekin dil hai hindustani’ but now this would have to be modified to ‘mera joota aur patloon hai Hindustani par dil to ho gaya firangi’.

Prof Arun Kumar is author of the book ‘The Black Economy in India’ published by Penguin RandomHouse 1999 and Aleph 2017.

Visa may invest in BillDesk, valuing at $1.5-2 billion