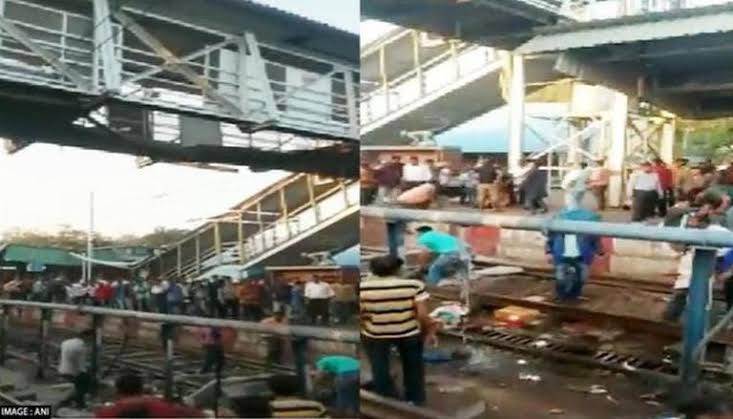 Four people were injured after a portion of the foot-over bridge collapsed at Balharshah Junction railway station at Chandrapur.
All have been shifted to Civil Hospital after giving first aid.
However, no causality has been reported so far.
According to the railway officials, a part of the pre-cast slab of the foot over-bridge (FOB) at Balharshah, Nagpur division fell down today at around 5.10 pm.
Chief Public Relations Officer of Central Railways, Shivaji Sutar, said, “A part of the Pre-case slab of FOB at Balharshah railway station connecting platforms 1 and 2 has fallen down at around 5.10 pm on Saturday. It is mentioned here that not the FOB has fallen down, it’s a part of the pre-cast slab (a small part of the walkway ).”
Further reports are awaited.

“How Many Kashmiri Pandits Relocated By BJP In 8 Years?” Questions Arvind Kejriwal