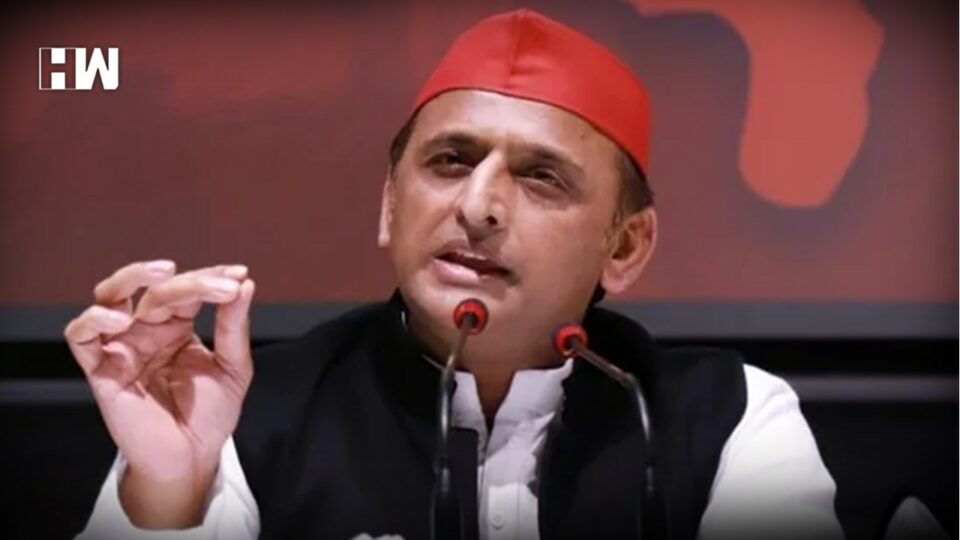 Samajwadi Party’s Akhilesh Yadav said, “Like Bihar, the people of Uttar Pradesh will also throw out the BJP like a ‘doodh ki makkhi’.”

Mumbai: Samajwadi President Akhilesh Yadav reacted a day after JDU ended its tie with the BJP, on Wednesday saying that the socialists started an “August Kranti” on August 9 and taught a lesson to the BJP in Bihar now even the people of Uttar Pradesh will throw it away.

On the Centre’s ‘Har Ghar Tiranga’ campaign, Akhilesh Yadav said, “For the 2024 Lok Sabha elections, the BJP will forget the tricolour and will switch to Hindu-Muslim. The BJP has learned the policy of divide and rule from the British. People are well aware of these ideologies of the BJP.” Referring to a colloquial Hindi phrase he said people will throw BJP away from Uttar Pradesh.

“Like Bihar, the people of Uttar Pradesh will also throw out the BJP like a ‘doodh ki makkhi’ “, he said.

To commemorate 75 years of India’s independence, the central government has launched the “Har Ghar Tiranga” campaign, in which individuals are urged to fly the tricolour at their residences.

“The parent organisation of the BJP, the Rashtriya Swayamsevak Sangh or RSS, never took part in the liberation fight and never raised the Indian flag at its headquarters in Nagpur. These days, it is merely politicising the tricolour. The BJP is incapable of even showing basic respect for the tricolour, ” he added.

The BJP has done all in its power since taking office to crush the hopes of those who fought and gave their lives for an independent India. It has been ignoring the underprivileged and concentrating primarily on funding the treasuries of its corporate allies said the Samajwadi leader Akhilesh Yadav.