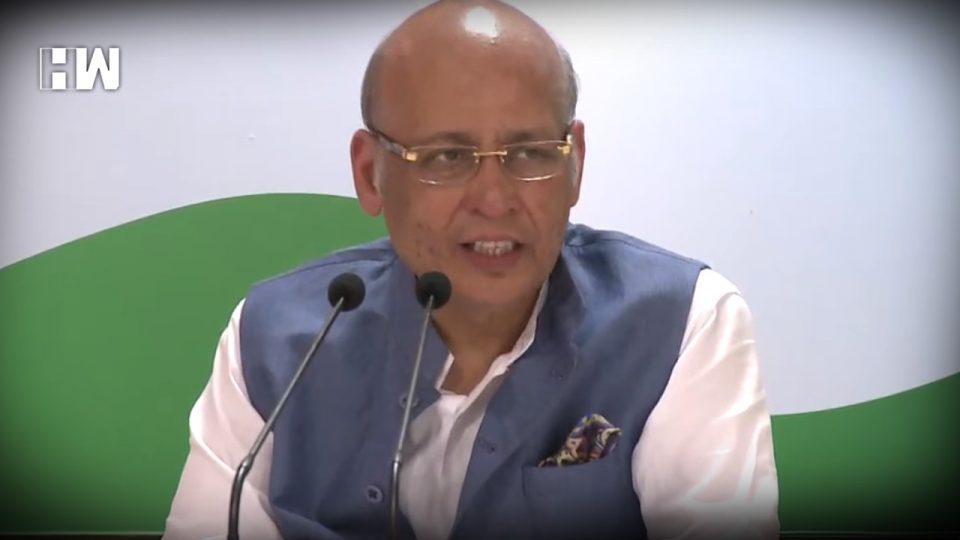 New Delhi | Amid a row over the removal of CBI director Alok Verma, Congress Sunday sought “immediate removal” of the chief vigilance commissioner, alleging that he had acted like a “puppet” in the hands of the government.

Congress spokesperson Abhishek Manu Singhvi at a press conference at the AICC headquarters here, said, the “CVC (central vigilance commissioner) should be sacked or tender his resignation”, but the “CVC must go”. There was no immediate reaction from the Central Vigilance Commission or the government.

The Congress also alleged that CVC K V Chowdary is being made to “act like a puppet” to avoid any probe into the Rafale case. “The CVC has been acting like an ambassador, messenger of the government, and lobbying for Asthana (CBI Special Director Rakesh Asthana). The CVC has forgotten that he is supposed to do vigilance for public good, and not be a ‘vigilant’ puppet into the hands of political masters,” Singhvi alleged.

The senior Congress leader said, he was putting forth the views of his party, based on “objectives facts” that has emerged in the press in connection with the CBI controversy. “The data and fact in writing demand an immediate action, and that action must start with the removal and sacking of the CVC,” he said. “The sequence of events indicate that the CVC acted like a hatchet man of the government,” Singhvi alleged.

Singhvi on Saturday had alleged that the government stood exposed after Justice (retd) A K Patnaik claimed that he had not seen the commission’s recommendations against Verma and not accorded his assent. He said the Selection Committee removed Verma based on Asthana’s charges, whose plea to quash the FIR against him was dismissed by the Delhi High Court.

Sheila Dikshit demands compensation for crop damage due to hailstorms