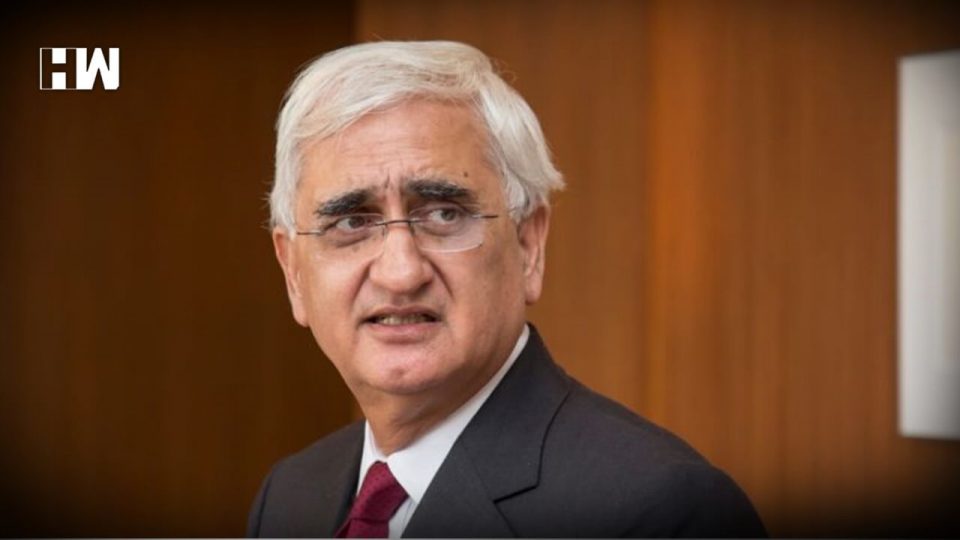 Salman Khurshid said that Congress did not sit together and try to find the reason for the defeat. There is a vacuum inside the Congress.

New Delhi| Senior Congress leader and former Union Minister Salman Khurshid expressed concern about the future of the party. He said on Tuesday that today the struggle has reached such a place that it is hardly able to win the assembly elections or ensure its future. On Rahul Gandhi’s resignation from the post of Congress President, he said- “Our biggest problem is that our leader left us.”

After resigning in the Lok Sabha elections, Rahul resigned on 25 May. The Congress won 52 out of 542 seats, while the BJP won 303 seats. Khurshid went on to say, “Rahul resigned after the defeat in May. He resigned in a huff. After this, his mother had to take charge of the party. Maybe the party will get a new president after the elections in October.”

He said that the party did not analyse the reason for their defeat in 2019 Lok Sabha elections.

There is a leadership vacuum in the Congress

Salman Khurshid said that Congress did not sit together and try to find the reason for the defeat. There is a vacuum inside the Congress. Sonia Gandhi has held the post of party president, but she has taken over this arrangement temporarily. I wish it didn’t happen The assembly elections of Haryana and Maharashtra on October 21 are very important for the Congress.

Digvijay Singh Gets One Year Jail In 2011 Assault Case, Says “Will Go To High Court”

AAP government in Delhi did much more than what Modi did in Gujarat in 12 years: Arvind Kejriwal