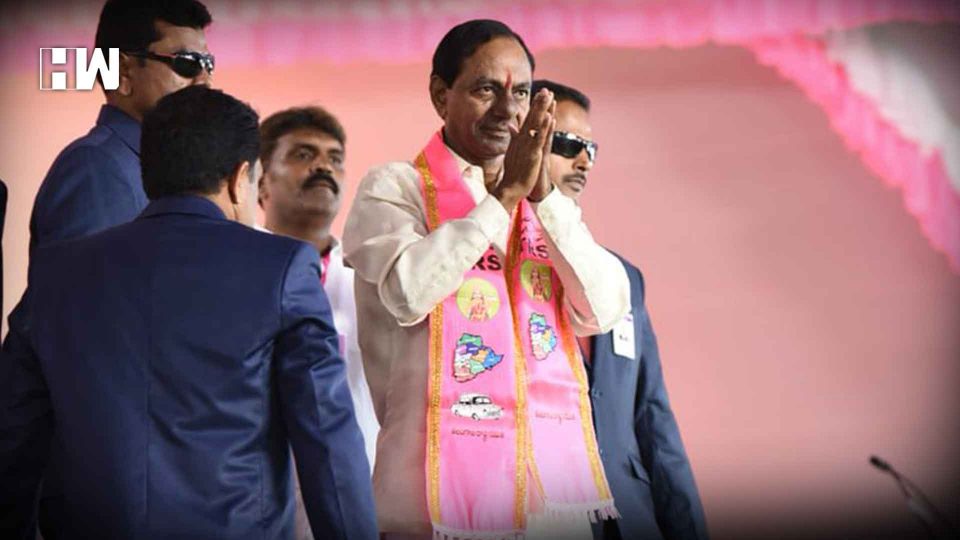 Hyderabad | The Congress and the BJP on Monday slammed TRS president and Telangana Chief Minister K Chandrasekhar Rao over his comments that the two parties had “failed” to meet the aspirations of the people and he would form a national party “if necessary”.

“KCR ji said he will form a national party. The election notification has been issued. Is he going to start a national party after elections?” state Congress working president A Revanth Reddy told reporters.

Rao is talking about starting a national party “to acquire a new avtar (form)” as the federal front advocated by him earlier is not in existence, Reddy alleged. The national party talked about by Rao would not be able to take shape before the conclusion of Lok Sabha election process, he said.

Accusing the BJP and the Congress of failing to meet the aspirations of the people, the Telangana chief minister has said he would start a national party “if necessary” to herald reforms and “unite the country.”

The Telangana Rashtra Samithi (TRS) president kicked off his party’s poll campaign from Karimnagar on Sunday where he stressed the need for an “alternative federal politics” in the country.

Of the 17 Lok Sabha seats in Telangana, the TRS is seeking 16 for itself leaving one for its ally All India Majlis-e-Ittehad-ul-Muslimeen (AIMIM), led by Asaduddin Owaisi, to ensure that the state gets a “good” deal post the general elections.

Referring to this, the Congress leader said the TRS already had 16 seats in the outgoing Lok Sabha. “He (Rao) will not start national party. He cannot do it. Is he not going to seek votes in this election if he does not start a national party before this elections. Let KCR ji say that. He says (he will gather) 120 seats (MPs). How will 120 seats come? Does he have Alladdin’s magic lamp,” Reddy said.

About Rao’s comments about the need for a qualitative change in politics, state BJP president K Laxman referred to several MLAs from Congress switching over to the TRS.

Laxman, who played an audio clip of Rao’s purported comments earlier against defections, alleged that “wholesale defections” were taking place now under the TRS regime. “Do you want to bring these politics (defections) at the national level?” he said.

On Rao’s remarks appreciating the progress achieved by China, Laxman alleged that it was one-party rule in China which is being followed in Telangana (through defections).

Taking exception to Rao’s reported comments that the Centre could not address problems with Pakistan, Laxman said the NDA government took decisive steps on issues of national security and international relations. TRS MP Kavita, Rao’s daughter, had earlier spoken in a way questioning the existence of Jammu and Kashmir, Laxman claimed.

On TRS president remarks that BJP leaders spoke as if they have taken “contract for Hindu religion”, Laxman said it was “devil quoting the scriptures” as the TRS joined hands with the AIMIM which is “anti-Hindu”.

“What is your party’s stance on Ram temple issue?” he asked. The ruling TRS was in favour of giving 12 percent reservation to Muslims, he said. The BJP would “expose” the “double standards” of the TRS, he said.

Rao talked about launching a national party but what happened to the federal front mooted by him earlier, the BJP leader asked. He said the BJP had played a key role in realising separate Telangana as it had supported the demand as main opposition party before 2014.

Sena back-stabbed BJP; India can progress only under Modi:Yogi

Pragya Thakur will appear before NIA court today, after it warns her of consequences