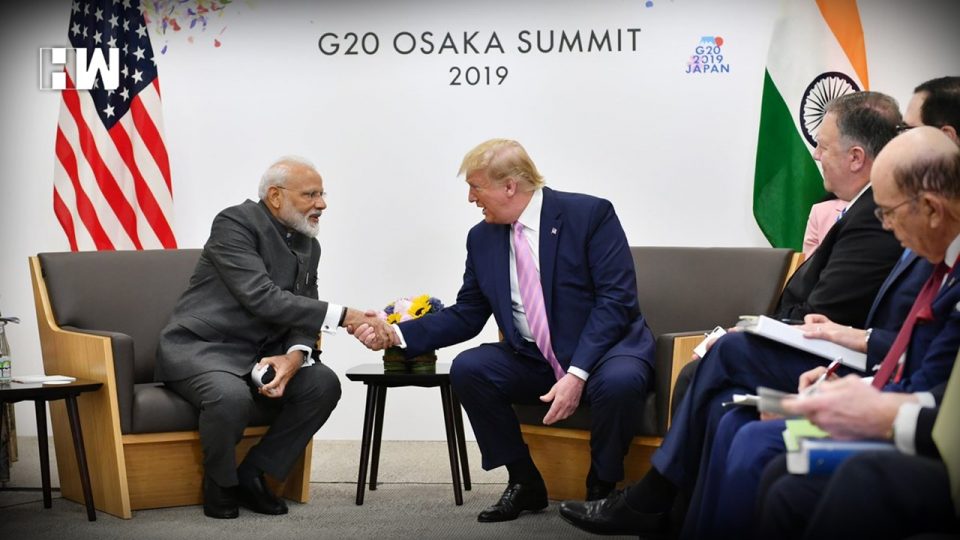 US President Donald Trump said, “We are helping the situation. I will do the best I can to resolve the issue, mediate or something.”

Washington| Raking up the offer to intervene in the Kashmir, US President Donald Trump on Tuesday said that he is ready to mediate between India and Pakistan. Calling Kashmir a complicated situation, he said that the Hindus and Muslims don’t get along very well. “You have millions of people who want to be ruled by others, maybe on both sides. And then you have two countries, that haven’t gotten along well for a long time, ” Trump said.

Trump’s statement comes just a day after he talked to both Indian Prime Minister Narendra Modi and Pakistan Prime Minister Imran Khan. The US President had called up PM Modi who said that Pakistan is trying to incite violence in the region. During the phone call with Imran Khan, Donald Trump reportedly asked the country to “tone down the rhetoric”.

#WATCH Washington DC:US President Donald Trump reacts on Kashmir issue, says "…There are tremendous problems between those 2 countries. I'll do the best I can to mediate or do something. Great relationship with both of them. But they aren't exactly friends at this moment"(20.8) pic.twitter.com/DiZrn4u5Mq

Talking to reporters, here on Tuesday, Trump called it an “Explosive” situation. He said,

“We are helping the situation. I will do the best I can to resolve the issue, mediate or something” Trump said.

Earlier, US President Donald Trump had offered to be the “mediator” between India and Pakistan on the Kashmir issue when he met Prime Minister Imran Khan at the White House where the two leaders discussed a host of issues, including the Afghan peace process. The Indian government, however, denied President Trump’s astonishing claim that Prime Minister Narendra Modi had asked him to mediate.