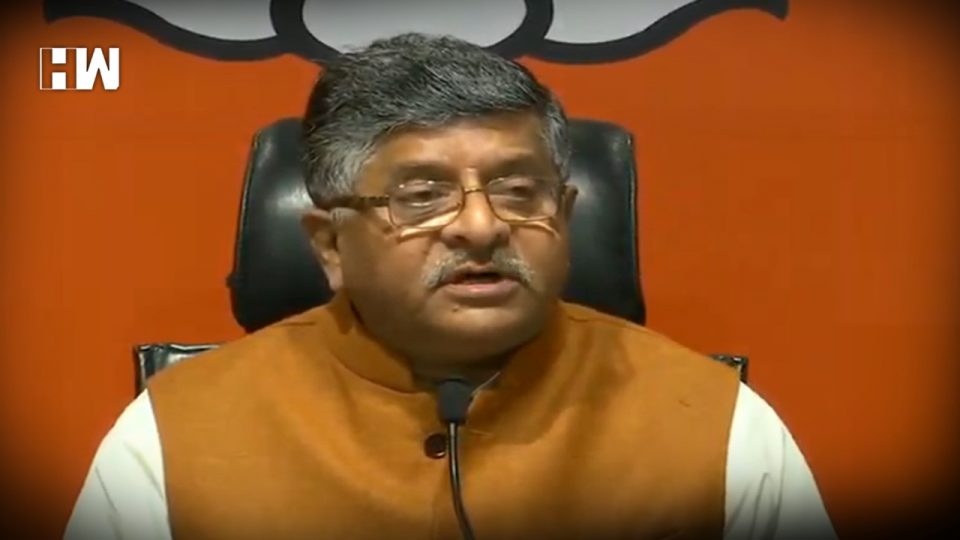 New Delhi: Law Minister and BJP leader Ravi Shankar Prasad on Thursday replied sharply to Congress over the transfer of Justice S Muralidhar from the Delhi High Court hours after he roasted Delhi Police for not acting against hate speeches.

Prasad said the transfer was ordered on the suggestion of the Supreme Court collegium headed by Chief Justice of India SA Bobde and was carried out with the “consent of the judge”.

“The well-settled process has been followed,” Prasad said in series of tweets before launching a counterattack at the Congress that has linked the justice’s transfer to his biting criticism of Delhi Police at a hearing on Wednesday.

Prasad said the Congress had displayed its “scant regard for the judiciary” by politicizing a routine transfer. “People of India have rejected the Congress Party, and hence it is hell-bent on destroying the very institutions India cherishes by constantly attacking them,”.

Earlier, Congress leader Randeep Surjewala had called the transfer “a classic hit-and-run injustice by the BJP government. “Justice Muralidhar was hearing cases against BJP leaders who have made inflammatory speeches. This has exposed the politics of revenge and pressure practiced by the BJP,”.

Congress’s Priyanka Gandhi Vadra had said, stressing that the midnight transfer of Justice Muralidhar wasn’t shocking given the present dispensation but was certainly sad and shameful. “Millions of Indians have faith in a resilient and upright judiciary, the government’s attempts to muzzle justice and break their faith are deplorable,”.

The law minister also targeted the Gandhi family also. “The Congress Party is the private property of one family, has no right to lecture about controversial speeches. The family and its cronies have again used the harshest words against the Courts, the Army, the CAG, the PM and the people of India,”

Prasad said those who are raising questions about the transfer “do not respect the judgment of the Supreme Court pronounced after elaborate arguments”. In a reference to the Congress questioning the circumstances around Judge Loya’s death despite the top Court holding that there was no need to inquire about his death due to natural causes.