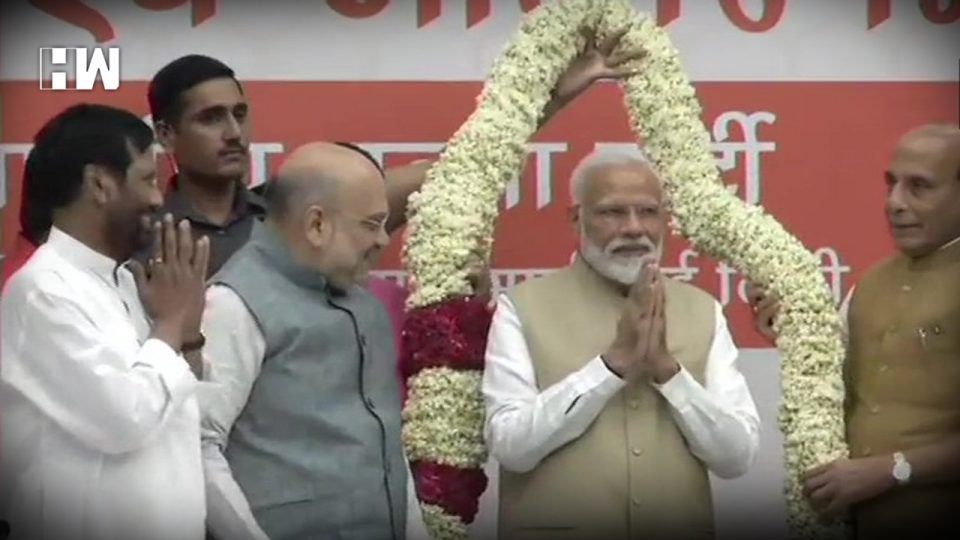 New Delhi | Various Union Ministers and top BJP leaders have arrived at the BJP headquarters in New Delhi for a meeting today.

PM Modi was welcomed by Union Council of Ministers at the BJP headquarters in Delhi. As a token of respect, he was given shawl and a bouquet by various party leaders.

Other top NDA leaders are also present, including Shiv Sena chief Uddhav Thackeray, who had earlier claimed he will not be joining the meeting, later confirmed his attendace.

The meeting will be followed by an official dinner.

Congress will not cut into UP gathbandhan’s vote, will damage BJP: Priyanka

Congress willing to give up four seats: Rahul Gandhi on alliance with AAP in Delhi