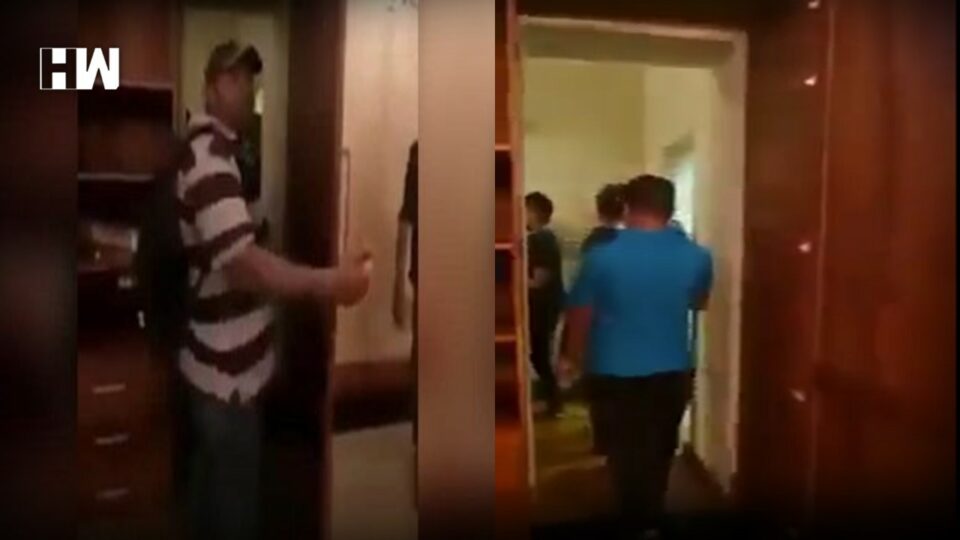 Public outburst in Sri Lanka amid an unprecedented economic crisis reached a new peak on Saturday  as thousands of protesters broke through police barricades in Colombo and stormed the president’s official residence. The island nation of 22 million people has been engulfed in chaos with economic and political instability.

News agency AFP, citing a witness, reported that the police fired shots in the air but were unable to stop the angry crowd from surrounding the presidential residence. Following that, the protestors entered the official residence of Rajapaksa, however, the President had fled the palace by then.

Several videos surfaced on Saturday showed protestors inside the presidential palace- some working out in the gym, some taking a dip in the swimming pool, while some lying down on the beds of palace.

Now, a new video shows that the protestors, while exploring the residence of President, found a secret bunker with an escalator in it. The way to the bunker was through a door of a wooden cupboard.

“Violation Of WTO Rules,” China Urges India To Take Back Ban On Apps