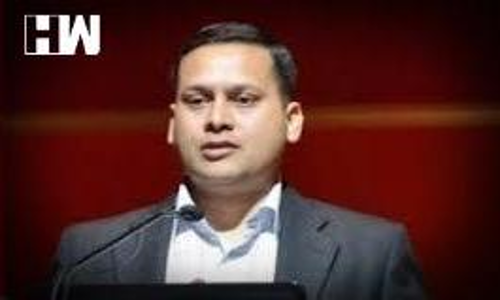 Lucknow: Bhartiya Janta Party Leader attacks on RLD chief Jayant Chaudhary amid his decision for not voting. He is a voter of the Mathura region.

Amit Malviya questions why people should consider voting for Jayant. He said, “How responsible is it for Jayant Chaudhary to not go out and vote because he has an election rally? What message is he sending? Has he already abandoned the idea of winning? Why should people come out and even consider the RLD when he isn’t serious about casting his vote?”

Jayant Chaudhary will not go to cast his vote today. The reason he stated is that he will be leading an election rally.

Taking to twitter, Samajwadi party alleged that voters belonging to the poor class are being intimidated and sent away from polling booths in Kairana in UP’s Shamli district as polling is underway for the first phase of the Assembly elections.

Just 2% of state’s population, but Jat maths make or mar political fortunes in west UP

From the widest of angles, the mostly agrarian Jat community makes up just a fraction of Uttar Pradesh’s population at a little less than 2%. Zoom in for a better view. Union home minister Amit Shah hosts them and launches a door-to-door campaign in their stronghold. The Yogi Adityanath government brings all its efforts to resurrect their icons. The Samajwadi Party-Rashtriya Lok Dal alliance is banking on them for a shot at the crown.