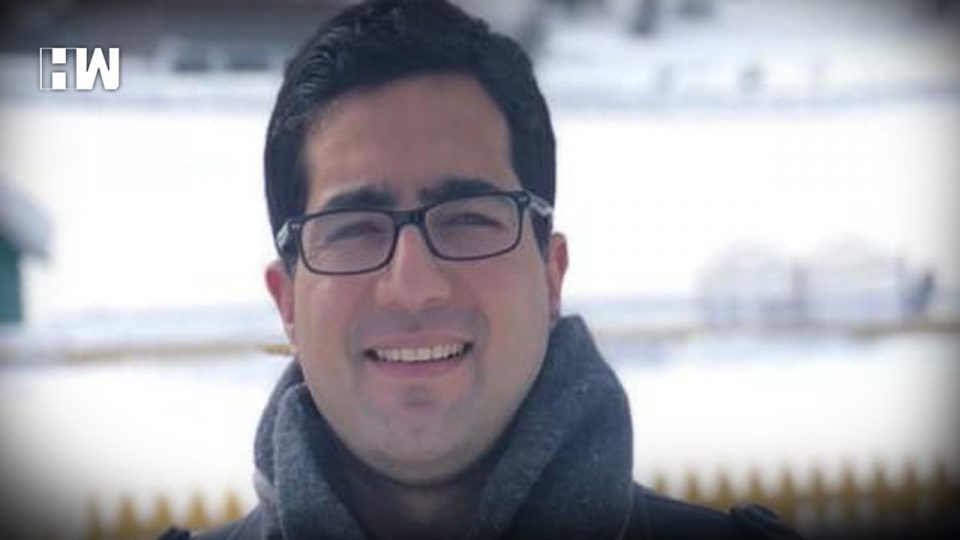 Though the exact reason behind his perceived change of heart is unknown, there is speculation that Faesal might be on his way towards getting reinstated into the coveted IAS.

It is not unusual for a citizen to praise the country’s political leadership or government policies but former bureaucrat-turned-politician Shah Faesal’s recent appreciation of PM Modi has created a buzz in Union Territory Jammu and Kashmir.

Faesal, who belongs to Kupwara district, had become a role model for the aspirational Kashmiri youth when he became the first local to top the prestigious Civil Services Examination 2009. He was allotted the Jammu and Kashmir cadre.

A decade later, Faesal made headlines and became a harbinger of hope for the locals when he quit the coveted Indian Administrative Service in January 2019 against “unabated killings in the Kashmir Valley and absence of credible political initiative from the Centre.”

Faesal’s resignation was not accepted pending an investigation into some of his social media posts. However, he went ahead and launched his new political outfit the Jammu and Kashmir Peoples Movement in March the same year.

The JKPM aimed to pursue a peaceful resolution of the vexed Kashmir problem and caught the attention of elites like businessmen, academics, doctors and lawyers who compared the move to a new spring in the politics of the border state.

Reflecting on his experience in government service, Faesal pointed out that development in the state meant nothing till the youth were distressed, the bloodshed continued and women were not safe.

The ex-IAS officer vowed his party would represent all communities including Dogras in Jammu, Buddhists in Ladakh and Pandits and Muslims in Kashmir.

The JKPM did not contest the 2019 Lok Sabha polls but Faesal held rallies and functions across the state to prepare the ground for the next assembly elections.

However, the August 5, 2019 decision of the central government to scrap Article 370 and Article 35A of Constitution that granted special status to the erstwhile Jammu and Kashmir state, changed the situation.

The former state was bifurcated into two Union Territories, Jammu and Kashmir and Ladakh.

Incidentally, the former administrator was part of the Gupkar Declaration of August 4, 2019 where political parties joined hands to defend the special status of the erstwhile J&K state.

Faesal, who had described the removal of Article 370 as ‘murder of democracy’ and noted that a politician could only be a ‘stooge or a separatist’ after the move, was detained at the Indira Gandhi International airport and handed over to the Delhi police which sent him back to Srinagar where he was put under detention at the Sher-i-Kashmir International Conference Centre, which was converted into a sub-jail by the administration to accommodate political prisoners.

Faesal was under detention along with several other politicians. Later, the former bureaucrat was shifted to the MLA Hostel where he spent four months before facing the stringent Public Safety Act order in February 2020 for pushing separatist ideology and challenging the Centre’s decision on Article 370.

A day before he was detained, Faesal had tweeted saying Kashmir needed a long and sustainable political movement for restoration of political rights.

The PSA order against him was revoked in June 2020 but the former bureaucrat still remained under house arrest for several weeks.

Eighteen months after he formed his JKPM, Faesal again hit the headlines when he quit as party president on August 10, 2020, deleted all his social media posts and changed political bio on his Twitter handle.

Since then he has kept a low profile in Kashmir but had been reportedly visiting New Delhi to meet senior government officials over the past months.

Faesal made it clear he was ready to face the new reality in Kashmir and hinted that he was prepared to work with the government.

Over the past weeks, the former IAS officer hailed India’s global leadership following the rollout of the Covid-19 vaccination drive nationally and the medicines landing in several countries.

He also praised the PM’s radio programme ‘Man ki baat’ saying it was like 1.3 billion people coming together as a family and that communication could build solidarities and make a nation sound like a family, leaving many of his supporters puzzled.

“This is more than just a vaccination programme. It is good governance plus human capital formation plus nation building plus India assuming global leadership as a Jagat Guru,” Faesal said.

Coming from someone who had spoken his mind against the removal of Article 370, the former administrator’s remarks were construed as a shift in stand that miffed many of his admirers who took to social media to vent their anger against the alleged ‘betrayal’.

Though the exact reason behind his perceived change of heart is unknown, there is speculation that Faesal might be on his way towards getting reinstated into the coveted IAS he had quit two years ago. However, it is not clear if the former administrator would get to serve in Kashmir, where he was very popular with the youth or in Ladakh.

As the first Kashmiri to top the 2009 Union Public Service Commission examination, Faesal had become a household name and had sparked off a craze for the IAS in Kashmir but his detention under the PSA in 2019 had dampened the spirits of his admirers.

His refusal to celebrate Eid till the ‘last bit of insult was avenged and undone’, had also found resonance with many who felt that Kashmiris had not got their due share of political freedom.

Iltija Mufti, daughter of former chief minister Mehbooba Mufti, who used to operate her mother’s Twitter handle while the People’s Democratic Party leader was under detention, too had wondered why Faesal suddenly decided to give up politics.

Shrunken political space post August 2019, a realization that he was not cut out for politics and even a renewed eagerness to serve the people while being in a more secure government job may have contributed to the new line of thinking in Faesal’s assessment.

The UT of Jammu and Kashmir is about one and a half years old now but the erstwhile state has been a bone of contention between India and Pakistan with both holding parts of the region since 1947.

However, India claims sovereignty over the entire Jammu and Kashmir region including areas illegally occupied by Pakistan and parts of Ladakh that went under Chinese control.

Over the past decades, various state and central governments worked towards the integration of Kashmir with the national mainstream and achieved varying degrees of success.

The Centre claims the removal of Article 370 would speed-up that process but the road ahead seems like a long one.