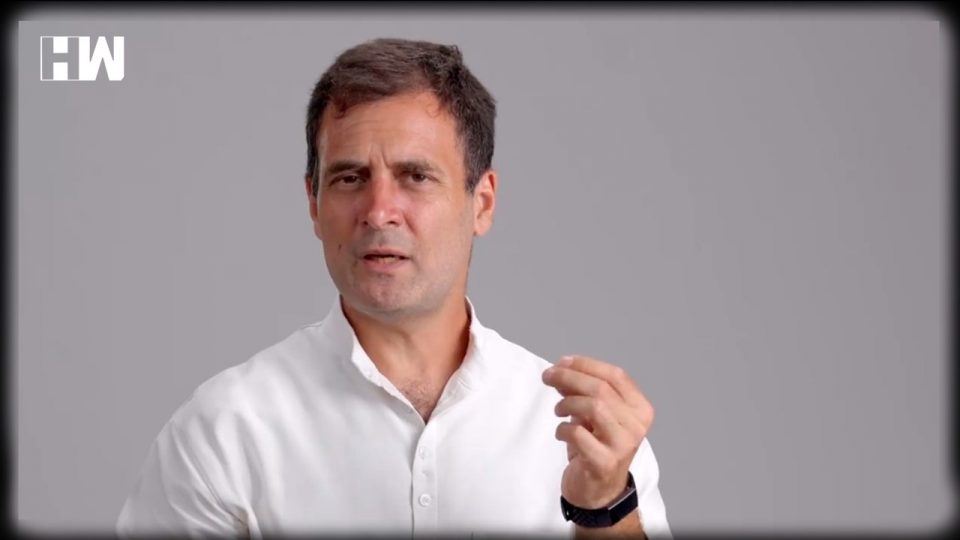 “NDA’s GST has left states at receiving end. The centre is not able to pay the states. The GST is not just a failure, it’s an attack on poor,” he went on to add.

In a new video in series of his videos on the issues prevailing in the country, Congress leader Rahul Gandhi streamed a video on Sunday called “GST Ki Baat”, in which he came down heavily on the modified GST implemented by the NDA government, in stark contrast to the one proposed by UPA. The Gandhi scion blamed the ruling BJP for a record 23.9 per cent contraction in the economy, linking it with the controversy over the Goods and Services Tax (GST).

“Another big reason for record GDP contraction is Modi government’s Gabbar Singh Tax (GST). Many have been badly affected by this- lakhs of poor families, crores lost their jobs, states’ economy was affected,” the Congress leader wrote in his tweet.

Rahul, in his video, said: “GST was the second biggest attack on the unorganised sector. GST was UPA’s idea- one tax, intended to simplify the system. NDA’s GST was different- four different types of tax slabs, up to 28 per cent tax, it has become complicated. Small enterprises cannot pay this amount. These four slabs are only meant to help the privileged, the country’s most powerful businessmen in the country.”

“NDA’s GST has left states at receiving end. The centre is not able to pay the states. The GST is not just a failure, it’s an attack on poor,” he went on to add.

He also stressed that “demonetsation, GST and (coronavirus) lockdown” were the three moves by the BJP government that attacked the unorganised sector.

eminding the centre of its “constitutional”, “moral” and “legal” responsibilities in the stand-off over the Rs. 2.35 lakh crore shortfall in GST compensation and financial relief due to the states, 6 non-BJP ruled states’ Chief Ministers had written to the central government over the GST row. Mamata Banerjee (West Bengal), Pinarayi Vijayan (Kerala), Arvind Kejriwal (Delhi), Edappadi K Palaniswami (Tamil Nadu), K Chandrasekhar Rao (Telangana) and Bhupesh Baghel (Chhattisgarh) have written to the centre to reconsider asking states to meet the shortfall by borrowing from the markets. If states were to borrow the repayment schedules, it would place an increased burden on their already troubled finances, the chief ministers indicated. They said the centre could take up this burden and pay back the loan by carrying forward GST cess collection past 2022.

West Bengal CM Mamata Banerjee, in her letter to the centre, reminded Prime Minister Narendra Modi that “… in December 2013… sole reason why BJP was opposing GST implementation was because it did not trust then government of India in honouring GST compensation to states”.

“Today (those) words are ringing true in our ears as we are losing our trust in the BJP government at the centre,” Mamata Banerjee wrote.

She also said the “GST imbroglio” violated the premise of federalism, pointing out that the centre would incur a lower rate of interest than states.

Aircel-Maxis case: Protection from arrest to Chidambaram, Karti extended till May 6

“Will Chase Away PM Modi From Power, Bring In Government That Will…”:K Chandrashekhar Rao