FOLLOW US:
About Us
Contact Us
Send Article
Home > News > National > Raincoats Instead Of Hazmat Suits: Doctors, Nurses Grow Restive in Absence of Basic Protective Gear

Conventional raincoats don’t provide such protection & the virologists suggest that if used while treating a COVID-19 patient, it should be discarded after 4-5 hrs of usage. Kolkata: Doctors in Kolkata Medical College & Hospital (MCH) and the Beleghata ID (Infectious Disease) Hospital, are disappointed with the allotment of plastic…

Conventional raincoats don’t provide such protection & the virologists suggest that if used while treating a COVID-19 patient, it should be discarded after 4-5 hrs of usage.

Kolkata: Doctors in Kolkata Medical College & Hospital (MCH) and the Beleghata ID (Infectious Disease) Hospital, are disappointed with the allotment of plastic raincoats in the name of hazmat suits. As the number of coronavirus cases increases with each passing day, the safety of health workers in the frontlines is becoming a cause of concern for the state as well as the central government.

The first case of COVID-19 was reported in India on January 30, 2020. The very next day, i.e. on January 31, the Union Ministry of Commerce and Industry issued a notification banning the export of all sorts of PPE like surgical masks, gloves, ventilators, etc.

However, the Centre amended this decision a few days later. The commerce ministry issued an order on February 8, 2020, allowing the export of all types of gloves except NBR gloves as well as surgical masks.

On February 25, India inexplicably added eight more items to its list of PPE allowed for export. On February 27, the WHO issued a clear order asking countries to stockpile PPE. India was, even then, feeding other countries. It was only between March 19 and March 24 that the government took decisions to ban PPE items, raw materials required to make them and other related goods.

Even with reports of insufficient testing, COVID-19 has had over 1,071 patients in India until now. In Kolkata, the Calcutta Medical College has been transformed exclusively into a COVID-19 healthcare centre. Evacuation of other patients was followed by training sessions with healthcare staff, nurses and doctors, during which they were shown the kind of PPE they will be given. The suits have raincoats written on them. 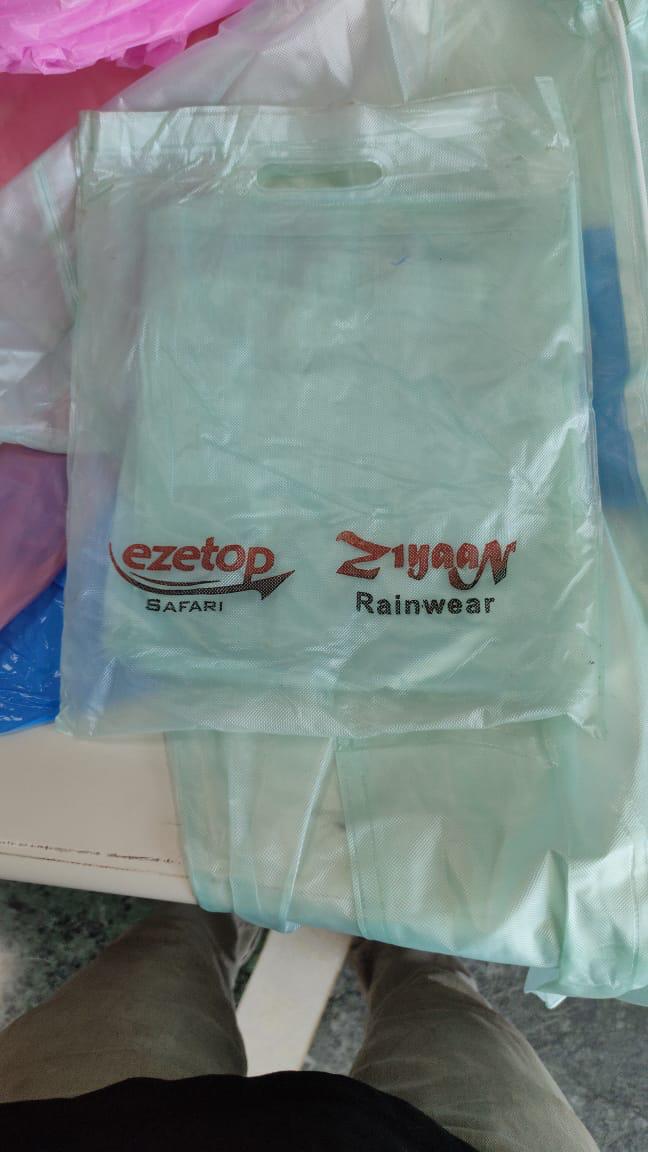 Suits branded as ‘Raincoats’ that were given to doctors of the Calcutta Medical College and Hospital, dealing exclusively with COVID-19 patients. Photo: By special arrangement

In additional photos that The Wire received of the PPE, there is also a clear absence of eye protection, which WHO lists as a must for patient room healthcare workers.

“We went in groups to ask the hospital authorities these raincoats are the ones that will be given to us on the field. He said that Raincoats was merely for demonstration and kits made in accordance with WHO guidelines will be given to us,” said a doctor of the hospital. By Monday, March 30, when the hospital threw doors open to suspected COVID-19 patients, no such alternative kits had arrived.

A medical officer at Mumbai’s Kasturba hospital, which has also been treating COVID-19 patients, said the PPE they were given is traditionally an HIV PPE.

“It can do very little to prevent the transmission of the coronavirus,” she said, pointing to a Facebook video that shows a medical professional putting on the requisite PPE that can ensure protection against the spread of the disease.

Across the cross-section of government hospital medical professionals that The Wire spoke to, the consensus was that while nurses and doctors were ready to serve at a time like this, authorities would do well to recognise that them falling ill would not just harm the medical response to the pandemic but also put their patients at increased risk. 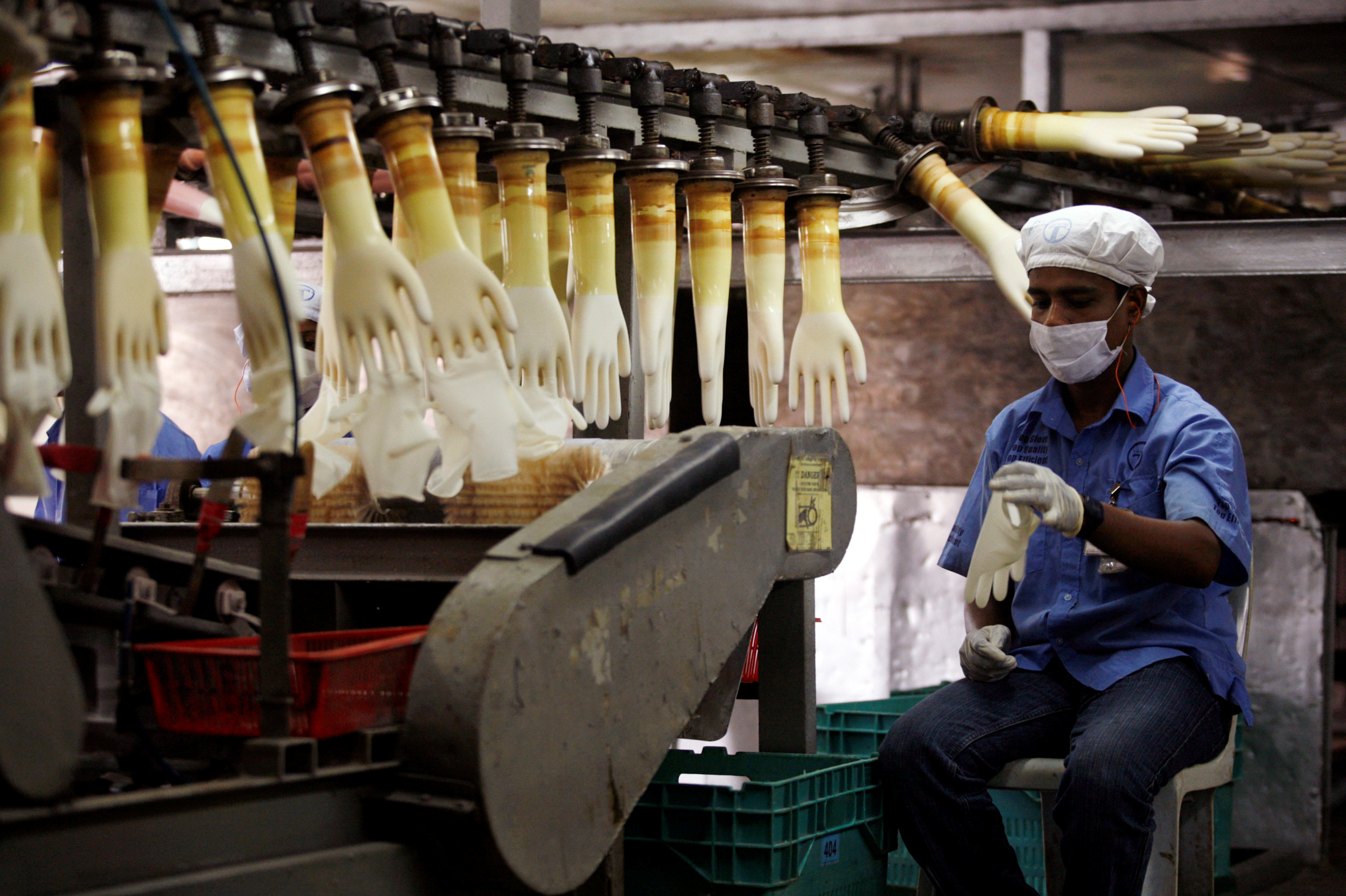 The Mumbai doctor, therefore, has decided along with many of her colleagues, to not return home while this phase lasts, thanks to the lack of PPE. Doctors at Patna’s Nalanda Medical College and Hospital – another centre treating COVID-19 patients where the lack of administrative empathy has made news – have not been able to stay in the hospital as no arrangements have been made for them.

“I am a senior resident and my wife is a doctor too, but we only have surgical masks in the isolation wards. As a result, I have not been going home,” said a doctor at the hospital. When two doctors’ associations went to the authorities to speak on the fact that treating patients without PPE would be “equal to suicide,” the authorities threatened them with FIRs and cases under the Epidemic Diseases Act.

At North Bengal Medical College and Hospital, the doctors have had to function with raincoats, cloth masks and absolutely no sanitisers. A patient died at the hospital on Monday, fuelling outrage among doctors who asked to be given better PPE. The authorities told them to stop working if they had a problem.

On Sunday, a News18 report shone a light on the fact that 11% of those tested due to severe acute respiratory illness hospitalisations have been positive despite no travel history abroad. Not only does this indicate that the statistics available on the spread is insufficient, but it also points to the particular risk doctors, but nurses and ward staff attending to such patients are also.

In Tamil Nadu, doctors and nurses reacted to chief minister Edappadi K. Palaniswami’s promise of an additional month’s salary as a bonus with the plea that all they want is PPE. At a government hospital in Chikalthana of Maharashtra’s Aurangabad, where swab samples of suspected coronavirus patients are collected, a memorandum was submitted by the Maharashtra State Nurses Association, demanding basic protective gear.

“These things [protective gear and facilities] are available in only a few wards. In view of the present situation, they should be provided in every ward,” said Jana Munde, secretary of the Aurangabad chapter of the Association.

Class and role-driven hierarchies are also prevalent here. The WHO guidelines prescribe the most number of protective layers (medical mask, gown, heavy-duty gloves, eye protection (if risk of splash from organic material or chemicals and boots or closed work shoes) for cleaners. However, in at least two hospitals exclusively catering to COVID-19 patients, cleaners were in no way better off than their colleagues.

Donning and doffing #PPE requires time, diligence and patience. Every hospital has to have a #checklist to ensure that healthcare workers do not miss crucial steps. Not sure how many and how often HCWs correctly practice this ritual? #COVID @Atul_Gawande

In at least two government hospitals in Uttar Pradesh, repeated meetings between resident doctors and nurses and hospital administrators resulted in promises of PPE. In some hospitals, authorities have cited the low number of cases in the region to justify the lack of PPE. A doctor in Bengal’s Rampurhat Medical College and Hospital attested to this line of reasoning.

“My colleagues in the fever clinic have been wearing helmets to work. We have been told that the number of cases could rise, but because we are not in a big town – although the situation is dire in big cities too – we are not being taken seriously despite repeated requests,” she said.

One of the authority figures of the Bangalore Medical College and Research Institute said the PPE is the only step that can prevent the outbreak from reaching an even worse stage in India. “Every single medical healthcare professional attending to a patient at an OPD needs PPE. You have no idea who can be infected,” she said. Another, an oncologist in Chhattisgarh’s Raipur, cited the hypothetical situation of operating on patients who are themselves not aware that they have the virus.

Both, however, recognised that protests for basic protective gearing during a health crisis was not a good use of doctors’ time.