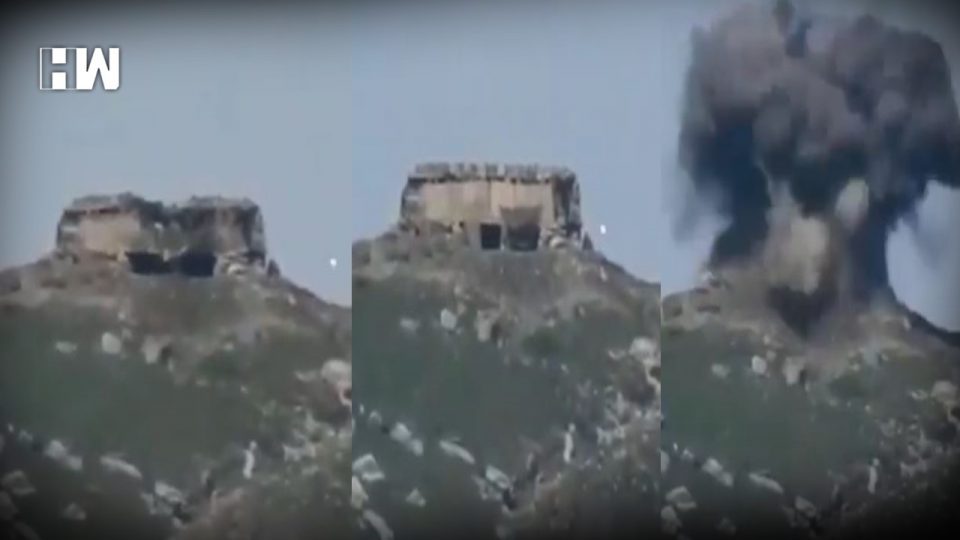 A couple of fortified bunkers were seen in flames on top of a ridge on the Pakistan-occupied side across the Line of Control in Jammu and Kashmir, as the structure engulfed in a cloud of smoke after Indian Army’s artillery team scored a direct hit with a round fired from long range. Soon, more shells were seen exploding on the hillside.

The visuals were clearly seen in videos released by army sources.

In another video, as an anti-tank guided missile fired by the Indian Army flies towards a bunker, a Pakistani soldier is seen sprinting for safety. The missle scored a direct hit on bunker. Two more missiles fired by Indian army, within seconds, could be seen hitting the same bunker.

Four soldiers were killed in action and three were injured. Three civilians also lost their lives.