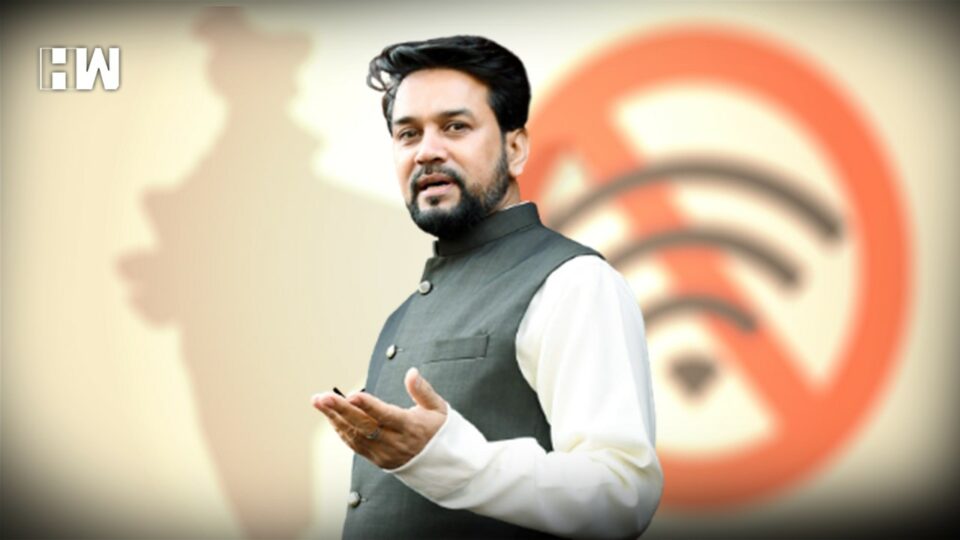 Responding to questions on internet shutdowns across the country, the central government today informed parliament that it does not maintain data about the same.

(a) whether India is the leading country in number of incidents of internet disruption and frequency of shutdowns;

(b) the total number of internet shutdowns by Government in the country during the last five years, year-wise;

(c) whether internet shutdowns have been regularly used as a tool for routine policing and even administrative purposes and not for public emergencies; and

(d) if so, the details thereof and the reasons therefor?

Minister of Information and Broadcasting, Anurag Thakur, answered the questions on internet shutdowns. Responding to Mr Singh’s questions, Mr Thakur said: “Ministry of Home Affairs has informed that temporary suspension of telecom services/internet shutdown is done by the appropriate authorities in the States/UTs concerned in the interest of maintaining law and order in the State or part thereof under the provisions contained in the (Temporary Suspension of Telecom Services (Public Emergency or Public Safety) Rules, 2017. Centralized data of internet shutdown is not maintained by the Government.”

According to Internet freedom and tech policy organisations, India is the leading country (by number) for Internet disruption incidents and frequency of shutdowns. This year, 59 shutdowns have been enforced, according to SFLC, which determines shutdowns based on government orders and media reports.

US Opens Up Its Vaccine Stock, To Share 25 Million Doses To Countries Including India

“Not only Pankaja Munde, many BJP leaders are in our contact”: Sanjay Raut