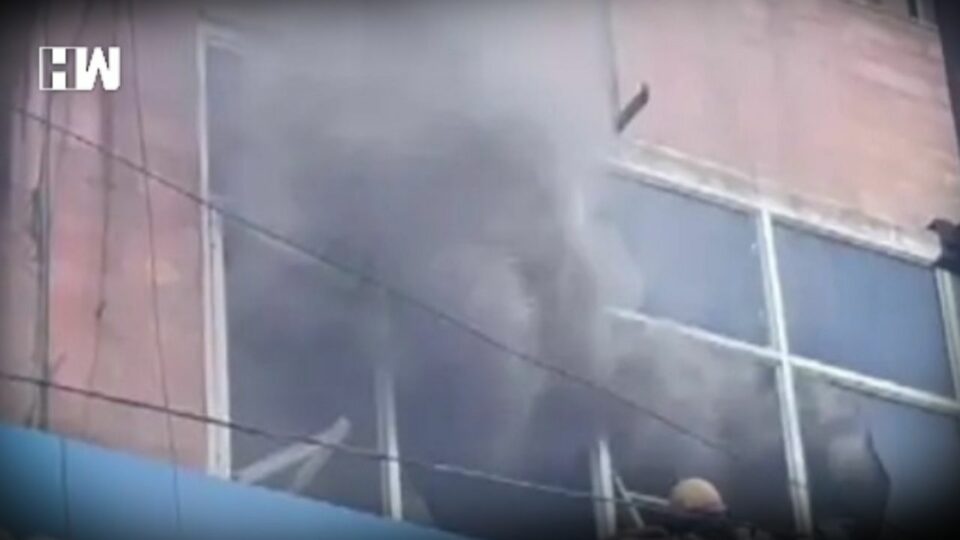 Five people were rescued after a fire broke out at a call centre in Sector 3 of Uttar Pradesh’s Noida on Friday and later it was doused.

Noida:  Five people were rescued after a fire broke out at a call centre in Sector 3 of Uttar Pradesh’s Noida on Friday and later it was doused.

According to the Chief Fire Officer (CFO), the fire incident occurred around 7.45 am in a building in Noida and several fire tenders which reached the spot in time successfully managed to rescue the people stuck.

“The information about the fire was received around 7.45 am that a building in Sector 3 has caught fire and several fire tenders were sent here which found that the AGEIS call centre at the second floor had caught fire,” said Sushil Kumar Singh, CFO, Ghaziabad.

Singh further said that as many as five people were stuck in the fire who were later rescued safely and the smoke was also removed by ensuring proper ventilation here.

Normal situation has now been restored, he added.

The cause of the fire is yet to be ascertained.

Earlier, in a separate incident, as many as two people died and 10 others were injured after a major fire broke out at Levana hotel in the Hazratganj area of Lucknow in Uttar Pradesh on September 5, following which Chief Minister Yogi Adityanath took the fire’s note and directed the officials to provide treatment to the injured.