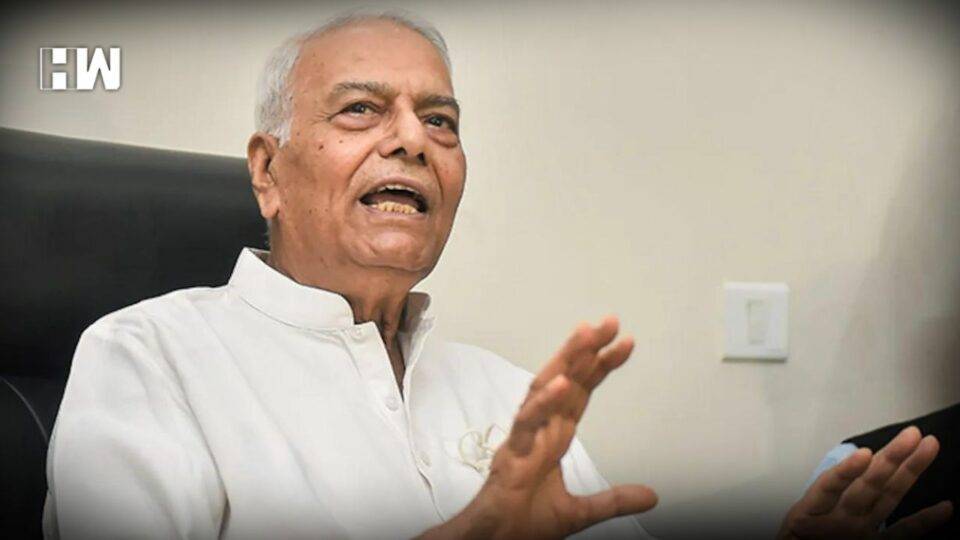 Mr. Yashwant Sinha further attacked the Centre over its economic policies, declining growth, and the fall in the rupee exchange rate.

New Delhi: Opposition candidate for the upcoming presidential elections  Yashwant Sinha on Monday said the July 18 presidential poll is a fight against the “misuse” of central agencies by the Union government.

Sinha said if he becomes the president, the misuse of central agencies will be stopped.

He also accused the Bhartiya Janta Party and the government led by it at the Centre are “deliberately” creating an atmosphere of hate in the country.

Mr. Yashwant Sinha further attacked the Centre over its economic policies, declining growth, and the fall in the rupee exchange rate.

However, he said India will not see a Sri Lanka-like situation.

Sinha said the polls are being held in unusual circumstances.

Saying that the country saw a “silent president” in the past five years, Sinha asserted that the misuse of central agencies will be stopped if he is elected the president.

He said he will call the Prime minister and ask him to speak on the issues which are raised by the Rajasthan CM, Sinha said referring to the demand of Ashok Gehlot that the PM should address the nation on the current situation of tension, hate, and violence in the country.

Answering a question about the Sri Lanka economic crisis and India, Mr. Sinha said the crisis like it will not be seen in India. “I can say that India will not become Sri Lanka,” he said

He also slammed the saffron party over political developments in Maharashtra and now in Goa and said such development took place before the presidential polls so that the number of opposition votes does not increase.

After the press conference, Sinha met MLAs of Congress and others supporting him.