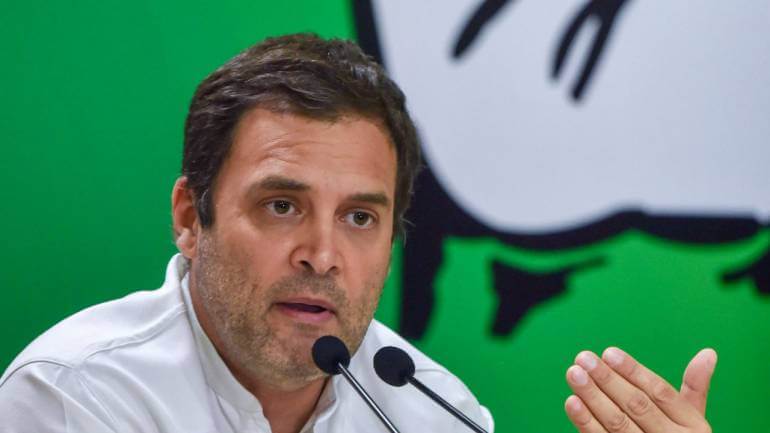 New Delhi: Taking a swipe at Prime Minister Narendra Modi, Congress president Rahul Gandhi today accused him of giving scripted interviews and said it would be an “embarrassment to us all” if he did take “real” questions.

Gandhi was referring to an interview Modi gave at the Nanyang Technological University (NTU) in Singapore during his recent visit to the city-state.

After Modi answered a question in Hindi, the interpreter started reading from a piece of paper, prompting speculation that the script may be “pre-planned”.

“The first Indian PM who takes ‘spontaneous’ questions that the translator has pre-scripted answers to!

“Good that he doesn’t take real questions. Would have been a real embarrassment to us all if he did,” Gandhi said on Twitter.

He also tagged a video of Modi’s question and the answer along with that given by the English translator.

Gandhi is currently abroad along with his mother and UPA chairperson Sonia Gandhi who had gone for a medical check-up to the United States.

Yesterday, Congress leader Shashi Tharoor had tweeted while tagging a news report on the NTU interview, “Oh dear. When the translator says what the PM was supposed to say, but didn’t”.

Restrictions have been lifted in 92% of Jammu and Kashmir