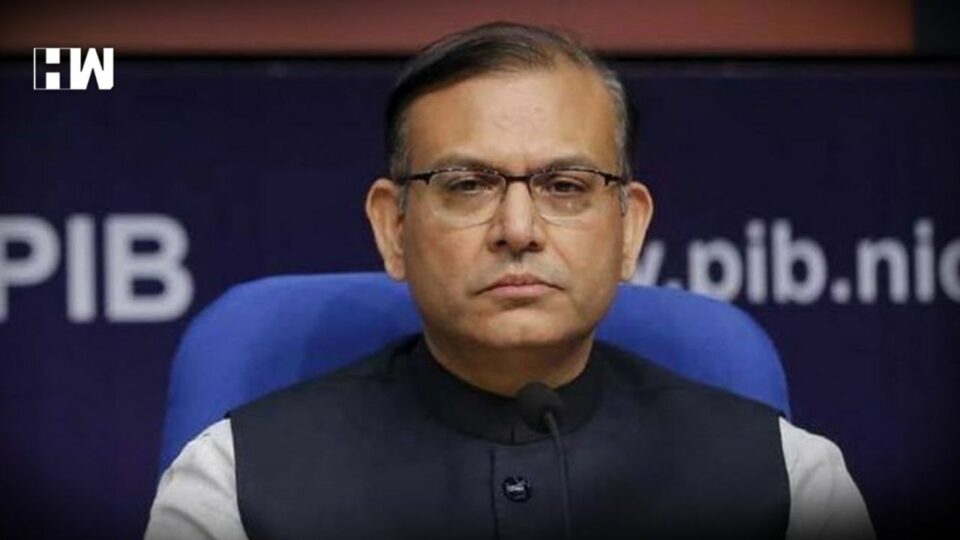 The BJP MP from Jharkhand’s Hazaribagh lashed out at the Opposition parties, saying they ventured out to look for inflation but did not find it and that if they must worry about inflation it is in their states.

New Delhi: Bhartiya Janata Party leader and former minister of state for finance Jayant Sinha on Monday said that there is no ‘mehengai‘ (inflation) and the Opposition has been looking for it but is unable to find it.

Participating in the discussion on price rise in Lok Sabha, Mr. Sinha said that the government has ensured that the plate of the poor is full of eatables and the people are shielded from the impact of inflation caused by the COVID-19 pandemic and the Ukraine crisis.

He further said Vegetables are available at a maximum of 15-20 Rs”If you look at the ‘thali’ of a poor, and ask him what is the price you are paying for rice, he would tell you that it is for free, dal also is available at low prices. The vegetables you were getting for ₹ 10-15 eight years back, you are still getting for around the same price and at a maximum of ₹ 15-20,” Mr. Sinha said.

Mr. Sinha further claimed that the control of the government on the prices of essentials such as flour, milk, and eggs has been unmatched.

Accusing the opposition of doling freebies, he said, “There are a lot of the ‘revdi‘ people. In Rajasthan also choorma is being made and ghee is being added to it. We have to be careful of those making choorma, sandesh, jalebi, and those revdiwalas who are destroying the country.” the BJP MP said.

Taking a dig at the Aam Aadmi Party and Delhi Chief Minister Arvind Kejriwal, he said, “Delhi people have got a halwaai who keeps making jalebi and he has taken that to Punjab and now since elections are coming, that ‘Jalebiwala’ is going to Gujarat and Himachal Pradesh.”

The BJP MP from Jharkhand’s Hazaribagh lashed out at the Opposition parties, saying they ventured out to look for inflation but did not find it and that if they must worry about inflation it is in their states.