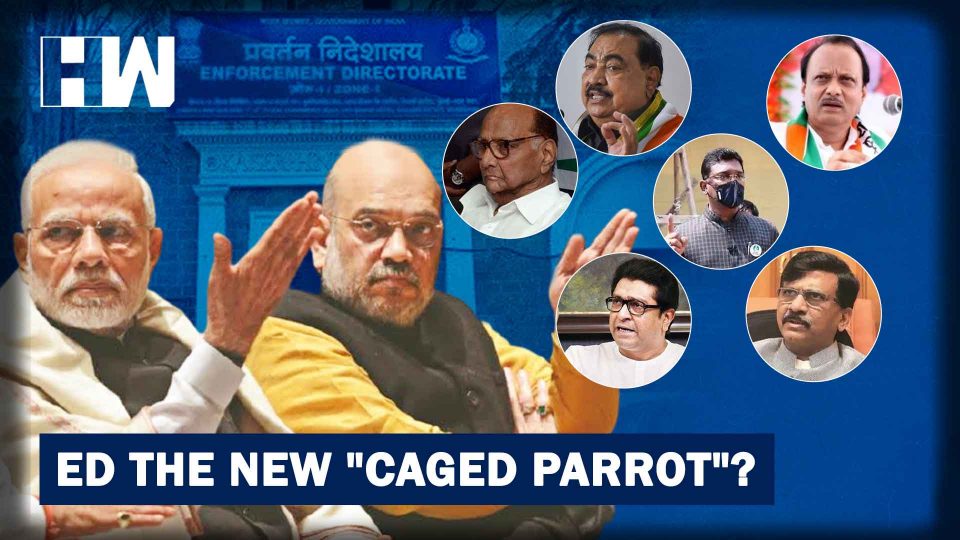 Who can forget the famous words spoken by the court about CBI? The court had called the central agency a Caged Parrot. In the past there have been allegations by opposition leaders that those who oppose the Modi govt, those who opposed the BJP, the Central Investigation agency is used against them. Just take a list of political leaders against whom CBI took action in the past six years and you will find most of them are the opposition leaders, the critics of the BJP. The opposition leaders had alleged that the agency has lost its autonomy and working to the tunes of Central govt. Now, the same opposition is asking whether Enforcement Directorate has been going the same way. Again, most of those political leaders who have received ED notices and summons in past one year are those who have opposed the BJP and Modi govt the most. Starting with NCP chief Sharad Pawar, his nephew Ajit Pawar, ShivSena leader Pratap Sarnaik, BJP Rebel and new NCP entrant Eknath Khadse and adding to the list is now, ShivSena MP and Chief Spokesperson Sanjay Raut. All of them have spoken against the BJP. In this video today we will talk about the reasons why these leaders had to face ED action in detail.

Another Video of Supposed “Shivalinga” Comes Out, Owaisi Demands Probe In Video Leak

Does RSS want to assert its dominance with BL Santhosh at key BJP post?